The Querfurt-based squad had a first taste of the series in 2012, when it took part to the Nürburgring and 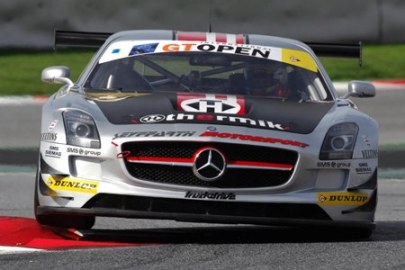 Barcelona rounds, collecting a double GTS class win in Germany with Heyer-Seyffarth and one podium finish in Spain with Wendlinger-Baumann.

Team principal Rüdiger Sayffarth commented: “The two guest appearances of last year allowed to see what a great series the GT Open is, and we obtained very good results straight away. We are looking forward to a full season now.”

« COMPETITION : COULD YOU BE A GINETTA GRID GIRL?
ADAC GT MASTERS: Dominik Baumann – all fired up by the BMW Z4 »