Audi Team Hitotsuyama will be competing with support by Audi Japan in the Japanese Super GT racing series for the first time. 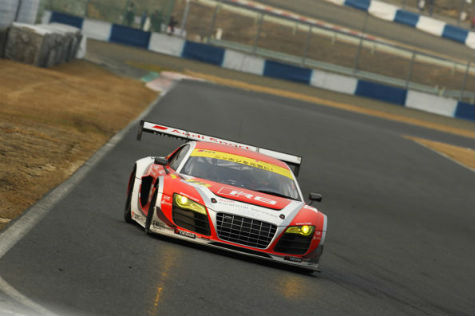 The squad will be fielding an Audi R8 LMS ultra in the GT 300 class of Japan’s leading sports car series. Richard Lyons and Tomonobu Fujii are sharing the cockpit. The 34-year-old Northern Irishman Lyons was the overall Super GT winner in 2004 and drove an R8 LMS ultra in Japan in the past two years.

The 33-year-old Japanese Fujii already has a title win with Audi under his belt, having won the 2011 Super Taikyu Series in the R8 LMS. Seven of the eight Super GT events in 2014 will be held in Japan, plus there will be one race in Thailand