Tristan Vautier is the fifth driver announced by TEAM SARD MORAND for one of the two Morgan EVO SARDs entered in the LMP2 class of the FIA World Endurance Championship (WEC). For the first two rounds at Silverstone and Spa-Francorchamps, he will join his fellow from France Pierre Ragues and Oliver Webb from Great Britain at the wheel of the #43 car. 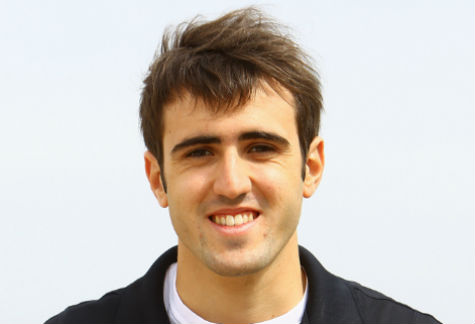 Born in Grenoble, Vautier made his racing debut in 2001, winning the go-kart title in the Rhones Alpes league. A member of the Autosport Academy in 2006, he claimed five victories. In 2007 and 2008, he scored three wins in Formula Renault. The following year he joined the grid of the Formula Palmer Audi, adding six other victories to his record.

He moved to the US in 2010 and took the Star Mazda title in 2011 with four wins. For his first IndyCar season in 2013 with Schmidt Peterson Motorsport, he won the coveted “Rookie Of The Year” title. Last year Vautier raced in the LMP2 class of the Tudor United SportsCar (TUSC) Championship in the Speedsource team.

Tristan Vautier: “It is an honour to join Team SARD MORAND for these two events and to compete in my very first FIA WEC races. I would like to thank Benoit and his partners for this opportunity. With Oliver and Pierre we have a very good line-up and and I am looking forward to starting work with the whole team.”

Benoit Morand: “I had a few very good options for the third seat in the first two rounds of the FIA WEC. What made the difference in favour of Tristan was that he was highly motivated to be in the car. Tristan’s race record speaks for itself. I think that he will bring us the experience and speed he acquired over the past few years in the TUSC and the IndyCar series. I am very happy with the bunch of drivers we have now under contract. As of the 24 Hours of Le Mans, Team SARD MORAND will welcome the winner of the Race to 24 TV show for the rest of the season.”