Following on from the announcement of the 2016 Sunoco 200 Challenge winner, Paddy McClughan, we are now pleased to report the exciting news that he will be driving with Racers Edge Motorsports team in the Sunoco liveried Ford Mustang in the BMW Performance 200 in January. 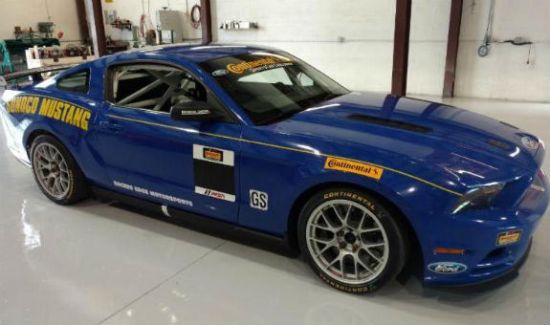 McClughan was originally set to race in the BMW Performance 200 race with the Mitchum Motorsports run team, however, a recent announcement means they are no longer running the Sunoco liveried Camaro. However, we are pleased to announce that he will now be driving in the Racers Edge Motorsports team run Ford Mustang in the BMW Performance 200 race, at the end of January.

Since our first Sunoco 200 Challenge winner, Aaron Steele, took to the prize drive in the Mitchum Motorsports run Sunoco liveried Camaro, we have come a long way as we now prepare to take our 5th winner, Paddy McClughan, to race on the world famous Daytona International Speedway. McClughan will be the first of our Sunoco 200 Challenge winners to drive in the Racers Edge Motorsports #16 Sunoco liveried Mustang.

Based in Daytona Beach, Racers Edge Motorsports team have a long history in auto racing, dating back to their first season of competition in 1990. In the BMW Performance 200 race in January, McClughan will be join American Chris Beaufait, who raced the car all of last season. This should be a successful pairing combining Beaufait’s experience and familiarity with the car, with McClughan’s speed and eagerness to impress out on American turf. We look forward to seeing how the team does in January 2016.

McClughan’s first taste of driving the Sunoco liveried Racers Edge Motorsports Mustang will be during the ROAR Before the Rolex 24 from 8th to the 10th January 2016.