BMW Motorsport Junior Jesse Krohn (FI) and BMW DTM driver Martin Tomczyk (DE) finished in the points in both races, on the first race weekend of the ADAC GT Masters at the Motorsport Arena Oschersleben (DE). After fifth place on Saturday, the Schubert Motorsport BMW M6 GT3 finished eighth on Sunday. Krohn and guest driver Tomczyk now have 14 points in the drivers’ championship. 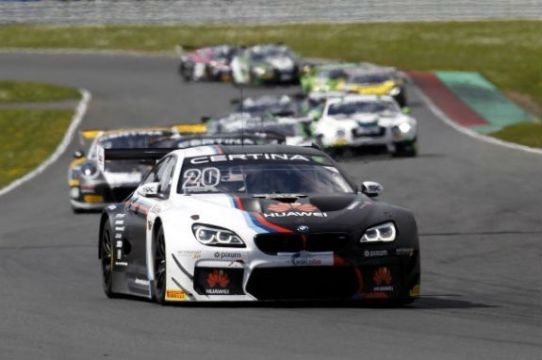 Tomczyk started the race Sunday after qualifying in 18th. In difficult conditions on the drying circuit, he was in third place shortly before the end of the session. However, he was unable to improve on that after being held up on his final lap and slipped back to 18th. The race was marked by a number of accidents and safety car periods, and Tomczyk brought all his experience to bear, putting in a good performance until the driver changeover. He handed control to Krohn, who was able to rejoin proceedings in 11th, thanks to some great teamwork in the pits that echoed Saturday’s performance. In the final minutes of the race, the BMW Motorsport Junior pulled off great overtaking manoeuvres to claim eighth place.

The second race weekend of the ADAC GT Masters season takes place from 29th April to 1st May at the Sachsenring (DE). This will be the first opportunity for the BMW Motorsport Juniors Krohn and Louis Delétraz (CH) to share the cockpit of the BMW M6 GT3.

Torsten Schubert (Team Principal, Schubert Motorsport): “I’m very pleased with finishing eighth after starting from 18th on Sunday. I think we really got the best possible result after our bad luck in qualifying. My guys did a great pit stop, just like they did on Saturday, and this allowed us to make up a few positions. Overall, it’s not a bad result to be fifth and eighth on the first race weekend with the BMW M6 GT3. We will carry on fine-tuning the vehicle, with the aim of having better finishes than this and winning races once again.”

Jesse Krohn: “It was important to finish in the points twice on the first race weekend of the ADAC GT Masters season. On Sunday I was able to pull off good overtaking manoeuvres – that was a lot of fun! In general, we’ve still got to work on our pace, especially in qualifying. With a starting grid of this size, it’s very difficult to do the perfect lap in qualifying. If we can do that then we can also make it back onto the podium. Driving with Martin Tomczyk was great for me. He has so much experience and I can really learn a lot from him.”

Martin Tomczyk: “Overall, that was a good start for the BMW M6 GT3 in the ADAC GT Masters. It allowed us to gather some really useful race experience with the new car. Now the team can evaluate the data and come to some important conclusions. It was unfortunate that I had some bad luck in qualifying on Sunday, as a better result would otherwise have been possible. I also really enjoyed working with Jesse Krohn, as he is a really good driver. I can look back on this as a successful guest appearance in the ADAC GT Masters, a race series with a top-quality field.“