What a difference a week made in the Mazda Prototype Lites Presented by Cooper Tires. 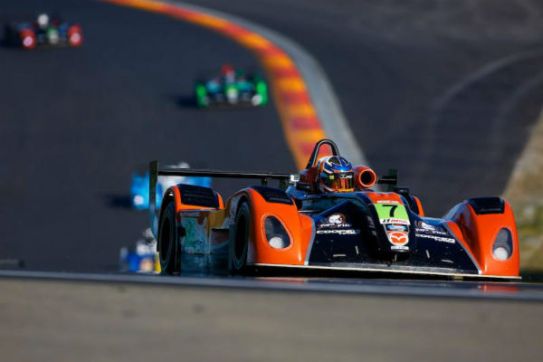 But Versteeg, 17, from Sandy, Utah, exited The Glen with a 96-74 lead after sweeping all three rounds in his No. 7 JDC Motorsports Élan DP02 chassis powered by a Mazda engine and racing on Cooper Tires.

There are still nine rounds remaining in the series, but Versteeg’s points gap grew to more than a race’s worth with his dominant weekend in upstate New York. So a strong performance in Rounds 6 and 7, July 8-10 at Canadian Tire Motorsport Park (CTMP) in Clarington, Ontario, will be essential for Toppe and other close pursuers if they wish to rein in Versteeg’s title charge.

Toppe, 18, from The Woodlands, Texas, fell to second in points after Watkins Glen. But he has history on his side in Canada. Toppe earned one of his three victories in his rookie season in 2015 on the challenging 10-turn, 2.459-mile (3.957 km) circuit at CTMP. He finished second in his other start last summer at the track.

While Versteeg shook up the standings with his three victories, one fact about the series remains unchanged: JDC is dominating. Versteeg’s sweep extended the team’s streak of consecutive Mazda Prototype Lites Presented by Cooper Tires victories to 23 races, dating back to August 2014.

Hanratty, from Milwaukee, finished third, fourth and second in the three rounds in the No. 30 Extreme Speed Motorsports entry at Watkins Glen to leap into a tie for third place with new teammate Whelden.

Whelden, from Sausalito, California, finished third in Round 5 to stay within reach of Versteeg and Toppe in the standings in his first event weekend with Extreme Speed Motorsports.

Masson, from Windermere, Florida, earned his first career Prototype Lites podium finish by placing third in Round 4 at Watkins Glen in the No. 18 Performance Tech Motorsports entry. He also placed fourth in Round 3.

Newcomer Andreas Gutierrez, from Monterrey, Mexico, made a promising Prototype Lites debut at Watkins Glen in the No. 43 Performance Tech Motorsports entry. He finished fifth, sixth and fourth, respectively, in the three rounds to vault to fifth in the overall standings.

Versteeg wasn’t the only driver to establish a gap over his competition in the championship race at Watkins Glen.

Gerhard Watzinger padded his Lites 1 Masters championship lead from four to 13 points, 80-67, over Todd Slusher with a consistent week of speed in the Finger Lakes region of upstate New York. Watzinger, from Naples, Florida, produced two fourth-place finishes and a third place at Watkins Glen in the No. 32 ONE Motorsports entry.

Canadian Michal Chlumecky is the driver that title contenders Watzinger, Slusher and Jon Brownson are watching in their rear-view mirror. Chlumecky, from Windsor, Ontario, won all three Lites 1 races last week at Watkins Glen in the No. 31 Eurosport Racing car to climb into a tie for third place with Brownson with 60 points.

Don Yount is another driver who could surge forward in the standings at CTMP like Chlumecky did at Watkins Glen. Yount, from Dallas, produced two second-place and one third-place finish at The Glen in his first three starts of the season in the No. 27 BAR1 Motorsports entry. That impressive season debut helped Yount leap to seventh in the standings with 52 points, just 28 behind leader Watzinger.