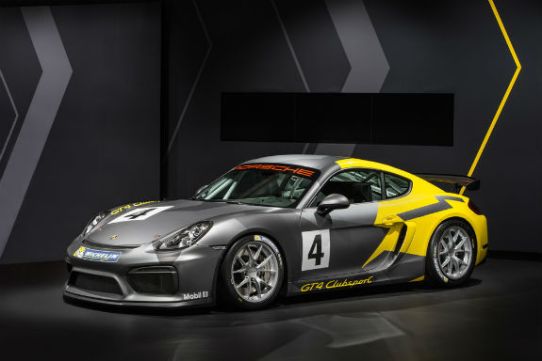 Flying Lizard proudly joined the Porsche family upon its professional racing inception in 2004, entering into full season competition in the American Le Mans Series. From 2007 to 2012, Flying Lizard Motorsports ran as a factory supported effort, with 2013 being the final season the team would run full season with Porsche Factory Drivers. In the nine year relationship, the Lizards and Porsche acquired three driver championships, three team championships and two manufacturer championships. Much to the delight of the devoted fan base, in 2016, the team unveiled a Lizard liveried Porsche 911 GT3 R for competition in select amateur and professional racing events.

The combined effort of Flying Lizard Motorsports and PMNA will provide up and coming young racers the opportunity to develop their race craft and compete on a challenging level within the Pirelli World Challenge while being watched by the Porsche Young Driver coaches.

“For Flying Lizard, this is a great opportunity to work with Porsche both on and off the race circuit to develop young drivers,” said Law. “We are giving them the opportunity to be viewed and evaluated by one of the most successful and iconic manufacturers in the industry.”

“We are pleased to welcome Flying Lizard Motorsports back into the Porsche Motorsport fold, fulltime,” said Jens Walther, Porsche Motorsport North America, president and CEO. “Our fans still fondly remember the 911 RSRs they campaigned in their unique livery. For the ‘Lizards’ to come back with the new Cayman GT4 Clubsport in the Pirelli World Challenge Series, is welcoming news for all. Their interest and involvement with young drivers is a great reminder of their unwavering dedication to motorsport.”

The 2017 Pirelli World Challenge begins March 10-12 in Florida for the Grand Prix of St. Petersburg. Drivers for the two Flying Lizard Porsche Cayman GT4 Clubsport MRs will be announced at a later date.

“The GT4 cars are ultra-competitive and I am confident the Cayman GT4 Clubsport MR will be able to race for a championship,” concluded Law. “The goal is to not only win races and championships but to develop drivers to give them the opportunity to have a career as a professional.”