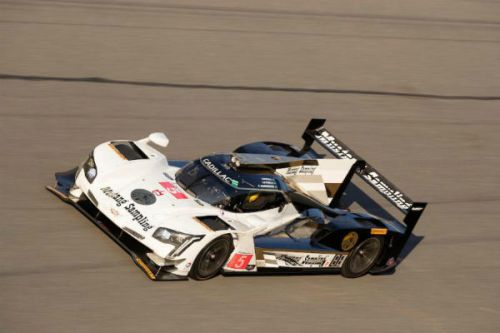 The Cadillac teams are riding a wave of momentum as they are coming off a one-two finish at the Rolex 24 Hour At Daytona in January. The No. 10 Konica Minolta Cadillac DPi-V.R, the overall race winner at Daytona, has celebrated the win and turned their focus the remaining nine races on the WeatherTech Championship schedule. Since Daytona the three Cadillac teams participated in a series wide test at the 3.5-mile, 17-turn Sebring circuit in mid-February. As a result of the race win at Daytona and testing times at Sebring the IMSA Officials have changed the balance of performance (BOP) significantly since the historic win six weeks ago. The changes include a smaller engine air restrictor, increased overall car weight, fuel cell capacity reduction and refueling line restrictor as well. With the changes the teams remain confident in the testing miles they have accumulated (nearly 25,000 since September) and the overall reliability of the Cadillac DPi-V.R and its 6.2L engine.

“We went into Daytona with a few question marks about the new Cadillac,” Jordan Taylor said. “We did as much testing and preparation as we could, but you still never know until you’re in race conditions. The Cadillac ran flawlessly for 24 hours, and the guys said after the race it looked like it could go for another 24. So I am very confident in our car heading into Sebring. We had a good test there a few weeks ago and left that test quickest, so I think we are going back with some confidence and momentum from our win at Daytona.

“Obviously the changes [BOP] weren’t positive for us. We had a flawless run at Daytona and had a quick car. We went into that weekend with more testing and more miles than anyone else, so we were ahead of the curve. Cadillac, Dallara, and ECR Engines had done their homework designing and building this car coming into 2017, and we had done days and days of testing to prepare for the season.”

The Mustang Sampling team of Joao Barbosa, Christian Fittipaldi and Filipe Albuquerque are poised to improve one step on the podium from their second place finish at Daytona.

“Action Express has done great job with our Cadillac,” Barbosa said. “It was fast at Daytona and Sebring! This is one the roughest tracks and toughest races of the year, but I think our team and Cadillac will perform very well. Definetly is not helping [in regard to BOP]. At the test we saw that we lost quite a bit of top speed and for the race it’s going to be even worse. We will have only a minor advantage comparing to GT class and that will make it hard to overtake. But, this is something we cannot control so we will do the best we can with whatever we will have for the race. Sebring can be very hot. With our Corvette DPs we were prepared for the heat, but with the little room we have in our Cadillac we will have to be creative to have the cockpit to be as cool as possible. It will be a challenging race.”

The Whelen Engineering Cadillac team of Eric Curran, Dane Cameron and Mike Conway had a few little problems at Daytona and are looking for a perfect trip at Sebring on Saturday.

“Our Whelen Cadillac DPi-V.R should perform very well at Sebring,” Curran said. “I was really impressed by our performance at the Sebring test given how difficult the track is. It really goes to show how much testing and development has gone into our Cadillac. Sebring is one of the hardest tracks in the world to make a race car work well. The old pavement and bumps are punishing to the car and driver. Based on our two-day test I feel that our Action Express guys really got a handle on making our Cadillac handle the bumps and it proved great reliability. Dane are I have never won the 12 hour. Its time!

“I’m a bit disappointed in the BOP changes for the Cadillac so far. They reduced our restrictor significantly as well as our fuel capacity. It seems a bit silly to me to have to do a pit stop after 35 minutes. I’m not sure what IMSA is up to there. As far as the performance end, it feels as though we are getting penalized for being the most prepared. Both of the Cadillac teams have been working overtime for months and months to get our Cadillac DPi-V.R race cars up to speed quickly and now were being penalized for that. We have been up front and showed all of our speed at the tests. Something I’m not sure that all the other teams have been doing. That being said we have a great Cadillac, the best team and the best teammates. We will push as hard as we can no matter what they give us.

“Sebring is a special place for me. In 2007 I ran my first race for Sonny Whelen and Whelen Engineering. This time I was in a Corvette for the World Challenge series. The weekend started out rough as we had an oil fire and burned the front of the car in practice. The guys worked overtime to get the car back together for qualifying. I qualified 2nd and charged to the lead and won the race. This was my first race for Whelen and the start of a 10 year relationship. I went on to win 3 more races that year. Sebring is very special for myself and Whelen.”