Rising Australian Sports Car driver Scott Andrews is preparing himself for this weekend’s Road To Le Mans as the teams move-in for what will be another great Le Mans 24 Hour. Driving a Graff entered Ligier LMP3 prototype with fellow Australian John Corbett, Scott will drive in two one hour races as the lead support category for the famed 24 Hour enduro. 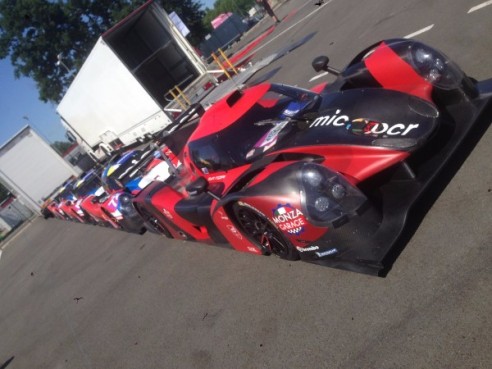 Scott said, “The butterflies started as we drove into Le Mans last night with all the event signage around the city. “We were going to stay in Dijon last night but I just had to get to the circuit. “We ended up staying outside the credentials centre at the circuit so we could get our passes this morning”. Andrews went on to say, “We picked up our motorhome in Paris on Thursday and spent the weekend with a few Australians at the Dijon Historic event”.

Scott spent the weekend with Australian racers Bill Cutler and Adrian Brady in their respective BMW M535 and 3.0L CSL. Both had a great run with Adrian finishing 3rd after leading the event and Bill in 6th. The Dijon Historic Event is one of the oldest and most prestigious.