EVENT: Round 8 of the IMSA WeatherTech SportsCar Championship, 2 hours & 40 minutes

TRACK: At 4-miles long with 14 corners, Road America is one of the most popular on the IMSA calendar with high speed and flowing corners with many featuring elevation changes. 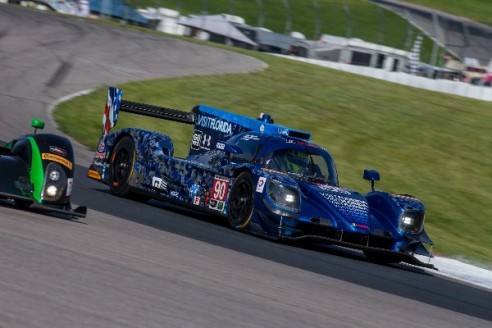 TROY’S THOUGHTS: “We have seen what the Ligier JS P217 is capable of, not only here in IMSA, but also in Europe as well, so we are eager to get to the track and learn about the JS P217 at Road America. I’m impressed with the customer support that Onroak Automotive has in place, and I have known Max Crawford for a long time so that relationship is another key element for us and VISIT FLORIDA to make this commitment.”

“I love Elkhart Lake. It’s beautiful – the whole scenery, the whole area up there – it’s a very beautiful place to go to, and it’s a beautiful racetrack. I have not had tremendous success there in all my years of racing. It’s been one racetrack that’s just been out of our reach. We’ve had a couple of times where we were close to winning but we didn’t have a dominant car.

GOOSSENS & VAN DER ZANDE AT ROAD AMERICA: Both Marc Goossens and Renger van der Zande are race winners at Road America. van der Zande won in the PC category for Starworks Motorsport in 2014 while Goossens won in American Le Mans Series competition driving a Viper GTS-R for SRT Motorsports in 2013. Each driver has made four starts at the Road America circuit.

VAN DER ZANDE WINS IN EUROPE: Following the Canadian Tire Motorsport Park round, Renger van der Zande scored a ADAC GT Masters win at Zandvoort. He also took part in the 24 Hours of Spa, but the day ended early for his team with a race-ending crashing during the night-time hours.

MICHAEL HARVEY: Prior to the 2017 season, VISIT FLORIDA Racing added Michael Harvey to the team as Director of Race Operations. Harvey, who has a long and varied range of experience in the sport, most recently managed the competition efforts for Fall-Line Motorsports’ multiple-championship winning programs in IMSA and SCCA competition as well as serving as a Series Director for the Pirelli GT3 Cup Trophy USA series. Harvey will be part of the all-out effort to adapt to the new Ligier ahead of the Road America weekend as the team takes on a new challenge with the LMP2 machine.

MARC GOOSSENS: “I really look forward to going back to Elkhart Lake. The “European” style track is a real challenge with some really fast corners and a lot of technical elevation changes in different braking zones as well as apexes. Of course we are looking forward to the weekend as it is some sort of a new start for us because of the different package we will run there at Road America. We will see how the shake-down test goes this week and then look to build on that by the time we get to the race weekend.

RENGER VAN DER ZANDE: “Road America is a nice track – one of the typical American tracks we go to – a favorite of a lot of drivers. For me it is going to be an exciting weekend, because we made the jump to the Ligier for the final three races which is very exciting. We struggled to get the pace so far in our car this year, and it shows the will of VISIT FLORIDA Racing to make so much effort with a new car for us for the end of the season. A big thanks to the team for doing that. We’ve already had some good support from Ligier, so it will be a big help going into the weekend as far as set up. Hopefully we can be fast and competitive and fight for a podium.”

“Road America is a cool event. Whenever I explain racing in the United States to my friends and family back home, it’s a bit of a picture about Road America. Fans can get really close, it’s a cool track, and there is great history there with the old track. There is no driver that I know that doesn’t like going to Road America and I love it as well. The area around the track is great. I normally spend the day in Chicago and then go over to the track. The Road America race is never a straightforward one. Because of the long straight and the big hill up to the green flag, there is always a big fight into Turn 1 on every restart. It’s an old fashioned track and it’s a big thrill to drive there. It’s a really cool place.”