Exactly seven days after the triumphal final round of the Blancpain GT, Lamborghini has celebrated, at Mugello, the victory of Michele Beretta and Alex Frassineti in the top class Super GT3 PRO of the Italian GT Championship. 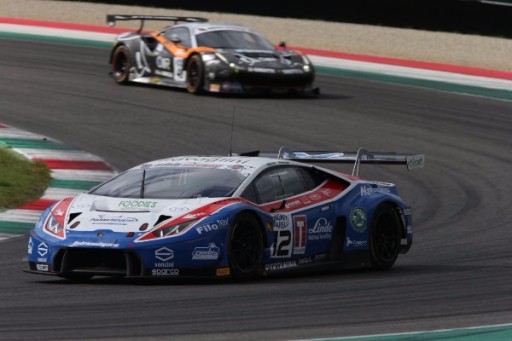 The victory scored by the duo of Ombra Racing is also the first of the Huracán GT3 in the prestigious Italian series and came in the last race of the final round of the season.

On the Tuscan circuit, the two drivers of the GT3 Junior Program of Lamborghini Squadra Corse did an extraordinary final sprint and recovered the eight-point disadvantage they had against Stefano Gai (Ferrari) on the eve of this seventh and decisive round.

For Beretta (who won the Silver Cup title in the Blancpain GT Series Sprint Cup in 2016) and his co-driver Frassineti, this title has come after a season marked by the three wins of Misano, Imola and Vallelunga, two second places scored in the opening round at Imola and the victory achieved in the last race at Mugello, ahead of the other Lamborghini of Antonelli Motorsport shared by Daniel Zampieri (third overall and author of the last pole of 2017) and Riccardo Agostini.

The Italian GT title is added to those of this year’s Blancpain GT and the victories scored in the International GT Open with Thomas Biagi and Fabrizio Crestani (Orange 1 Team Lazarus) as well as in the GT Asia Series with Andrea Amici and Edoardo Liberati (FFF Racing Team by ACM) last year.

Michele Beretta: “It was a very hard championship and the decisive result came in the last race. Together with the team, we did a great job, of which we managed to reap the benefits in the end. We started very well at Imola and Misano, even though difficulties were not lacking, especially at Monza and in last July’s round at Mugello, but we managed to recover well”.

Alex Frassineti: “The last race of the season gave us what we deserved. We always had a good pace, but had a sigh of relief only at the sight of the checkered flag”.