Signing a young up and coming American talent along with one that has already seen success on the international stage, Michael Shank Racing has finalized its driver roster for the IMSA WeatherTech SportsCar Championship season opener at Daytona. 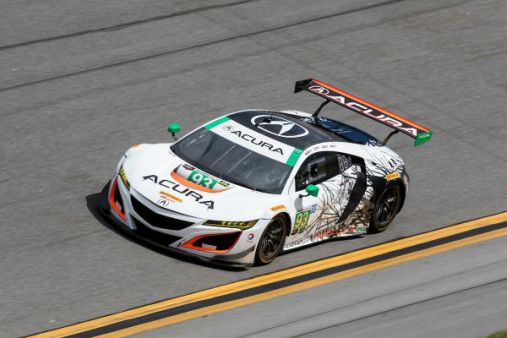 Côme Ledogar will combine with Lawson Aschenbach, Justin Marks and Mario Farnbacher in the No. 93 Acura NSX GT3 for the 2018 Rolex 24 At Daytona, while young Trent Hindman has joined the team to partner with Alvaro Parente, Katherine Legge and AJ Allmendinger in the No. 86 Michael Shank Racing Acura NSX GT3.

Ledogar, who will be making his IMSA racing debut at the Rolex, first forged his name in one-make competition, scoring the 2014 French Carrera Cup Championship with six wins and six pole positions. The Frenchman built on that success with an additional two championships in 2016, clinching the Blancpain Endurance Series and Porsche Carrera Cup Italia.

With a 2017 that included a run to the podium in the Liqui Moly Bathurst 12 Hour event, Ledogar will look to get his 2018 racing season off to a fast start with Michael Shank Racing.

“I am really excited to be joining Michael Shank Racing,” said Ledogar. “Driving with MSR means a new challenge for me but with a very experienced team with one of the best reputations in the paddock. I think the Acura NSX GT3 will suit me well since it is a brand new mid-engine car; which is the same set up that I have been driving the previous two years.”

With the Tequila Patron North American Endurance Cup (TPNAEC) in his sights, Hindman will race the No. 86 Acura NSX GT3 in the Rolex 24 as well as the Sebring 12 Hour, Sahlen’s Six Hour, and the Petit Le Mans.

“Michael Shank Racing is one of the elite teams in IMSA so it was an honor to be presented with this opportunity,” said Hindman. “Running with Mike (Shank) and the Acura NSX GT3 is really a chance that I think all drivers in general, not just younger guys like myself, would immediately jump into without any hesitation. I want to thank Mike, the entire MSR team, and Honda Performance Development for their faith in me as a driver and I certainly hope to deliver for them.”

Not only is Hindman looking to provide the team with results throughout the TPNAEC season, but he will also look to lessons learned from the many years of experience that the team has racked up.

“MSR is a team that’s got a fantastic history of helping young drivers recognize their full potential,” said Hindman. “I certainly want to take full advantage of that quality as well as hopefully being able to provide as much knowledge and experience as I possibly can in order to make the most of this program. I think it’s also very important to enjoy this opportunity as much as possible, as not many drivers get a shot like this.”