Silverstone will play host to a 52-car field of GT3 machinery next weekend when the Blancpain GT Series makes its annual trip to the historic venue for a three-hour Endurance Cup contest.

A total of 12 different manufacturers will be represented across four highly competitive classes, in what will be the eighth successive season that the series has raced at the 3.6-mile circuit

After a scintillating Endurance Cup opener at Monza, as well as Sprint Cup contests at Zolder and Brands Hatch, the 2018 campaign has begun in typically exciting fashion. And, with Silverstone representing one of the most iconic tracks in world motorsport, this promises to be another weekend of unmissable Blancpain GT Series action.

Best of British look to upset 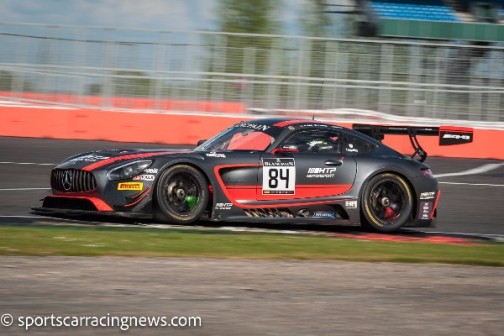 The British crowd will have no shortage of local favourites to cheer for during the Silverstone weekend, with a brace of entries from the iconic Bentley marque likely to be of particular interest. The accomplished M-Sport squad debuted the new-spec Continental GT3 at Monza, showing impressive one-lap pace in qualifying before an incident-packed race shuffled them down the order.

But the Italian event demonstrated that the new Bentley is fundamentally fast, while the team have an ace crew of drivers that includes British stalwarts Guy Smith and Steven Kane in their #7 machine. Progress will be the watchword at Silverstone, but as past winners of the race Smith and Kane are more than capable of springing a surprise.

If they are to do so, their chief opposition may well come from the Audi stable. The German marque has been dominant this year thanks to the Belgian Audi Club Team WRT squad, who claimed victory at Monza and then added two more wins last time out at Brands Hatch.

Their line-up is led by the #1 car of Christopher Mies, Dries Vanthoor and Alex Riberas, who triumphed at Monza thanks to a canny strategy and a decisive final stint from Vanthoor. The Belgian squad can also call on the #17 Audi R8 LMS, with sportscar stalwart Marcel Fassler and local ace Stuart Leonard among the driving talent.

Audi have further representation in the Pro category, including a brace of cars from Attempto Racing. The German squad have enjoyed an excellent start to 2018, with the duo of Steijn Schothorst and Kelvin van der Linde – who are joined aboard their #66 entry by Pieter Schothorst – proving to be the breakout stars of the season. The marque’s fifth Pro effort comes from Sainteloc Racing, where Christopher Haase leads the three-man crew aboard the #25 R8 LMS.

Strakka will be hoping to go one better with the #43 Mercedes-AMG GT3 of Maxi Buhk, Maxi Goetz, and David Fumanelli, while the sister #44 machine will see British star Oliver Rowland make his Blancpain GT Series debut. Black Falcon secured the final spot on the podium at Monza thanks to Luca Stolz, Yelmer Buurman and Maro Engel, and will field an unchanged line-up Silverstone.

Another famous British marque will be competing for Pro honours thanks to Swiss outfit R-Motorsport, who are set to field a brace of Aston Martin V12 Vantage GT3s. Both will include a young British talent, with versatile sportscar racer Alex Brundle aboard the #62 and rising star Jake Dennis part of the #76 line-up.

Last year’s three-hour race at Silverstone was won by the Grasser Racing squad with their Lamborghini Huracan GT3, and the Austrian team will once again represent the Italian marque in the Pro class with a trio of cars.

The #63 crew head into this event as defending race winners and reigning champions of the Endurance Cup and overall Blancpain GT Series titles, marking out Mirko Bortolotti, Christian Engelhart and Andrea Caldarelli as serious contenders once again. There is also local interest aboard the #82 car thanks to British GT ace Phil Keen.

Porsche has embarked on a full-scale assault on the Endurance Cup this season, with factory-backed Manthay Racing fielding a 911 GT3 R for Romain Dumas, Frederic Makowiecki and Dirk Werner. British supercar brand McLaren is represented by the Garage 59 squad, who took victory at this event in 2016, while series newcomer Lexus will be present with two cars run by Emil Frey Racing.

There is promise of a very competitive Pro-Am contest at Silverstone, with a field of 12 cars confirmed for the class. Team Parker Racing will enjoy home support for their venerable Continental GT3, with local drivers Derek Pierce, Rob Smith and reigning British GT champion Seb Morris at the wheel.

Ferrari remains a popular choice, with four of the Italian marque’s 488 GT3s among the Pro-Am grid at Silverstone. Two of these come from the AF Corse stable, with British racer Duncan Cameron and Irish teammate Matt Griffin handling the #51 machine and the sister #53 featuring Niek Hommerson, Louis Machiels and Andrea Bertolini.

Mercedes-AMG is also represented by four cars, with Black Falcon, Strakka Racing, AKKA ASP and Ram Racing all putting their faith in the German manufacturer. There is particular local interest among the #42 Strakka line-up of Nick Leventis, Chris Buncombe and Lewis Williamson, while Ram Racing will field Brits Darren Burke and Euan Hankey alongside Turkish racer Salih Yoluc.

Lamborghini is present thanks to the Daiko Lazarus Racing squad’s #27 Huracan GT3, with the Pro-Am contingent completed by a brace of Audi R8 LMS entries. The #26 Sainteloc Racing crew is led by the highly accomplished Markus Winkelhock, while fellow veteran Frank Stippler spearheads the #888 Car Collection Motorsport effort.

The Silver Cup contingent is led by the #54 G3 Jaguar of Emil Frey Racing. The young crew of Alex Fontana, Adrian Zaugg and Mikael Grenier was hugely impressive at Monza, competing for the overall podium and sealing a dominant class win.

They will have no fewer than four Lamborghinis to contend with at Silverstone, among them the #24 Reiter Young Stars machine of Lenny Marioneck, Mads Siljehaug and Patric Niederhauser, who showed well at Monza with their Gallardo R-EX.

The remaining three entries from the Italian marque are all Huracans. Ombra Racing and Daiko Lazarus are both among the contenders, while Barwell Motorsport add British interest with their #78 machine. The Oman Racing with TF Sport squad will also attract local support, with their Aston Martin V12 Vantage piloted by Ahmad Al Harthy, Euan Mckay and Charlie Eastwood.

Black Falcon and AKKA ASP will both field a Mercedes-AMG GT3, with British driver Jack Manchester among the latter crew, while GT Sport Motul Team RJN will deploy their older-spec GT-R Nismo for Struan Moore, Jordan Witt and Ricardo Sanchez.

Six manufacturers represented in Am Cup

Six cars will contest the Am Cup category at Silverstone for what promises to be an intriguing battle, with each team fielding a different machine.

Victory at Monza went to the #89 AKKA ASP squad, with Philippe Giauque, Eric Debard and Fabien Barthez triumphing aboard their Mercedes-AMG GT3. Among their competition will be the BMW M6 GT3 of Walkenhorst Motorsport and the Porsche 911 GT3 R of Herberth Motorsport, who complete a trio of German machines in the class.

Rinaldi Racing will field their Ferrari 488 GT3. They are joined by the Lamborghini Huracan GT3 of British stalwarts Barwell Motorsport, whose #77 car features Jon Minshaw, Adrain Amstutz and Leo Matchiski.

But the biggest Silverstone crowd pleaser in the Am Cup class is likely to be the #188 Garage 59 McLaren 650 S GT3. The three-man crew features Top Gear presenter Chris Harris, who has returned to the Endurance Cup full-time this season with the British marque.

Following free practice and pre-qualifying on Saturday, qualifying will take place at 09.45 BST on Sunday. The three-hour Blancpain GT Series Endurance Cup race gets underway at 15.00 and is preceded by support action from Lamborghini Super Trofeo and Formula Renault Eurocup.