PODIUM FOR AUDI AT THE SUZUKA 10 HOURS 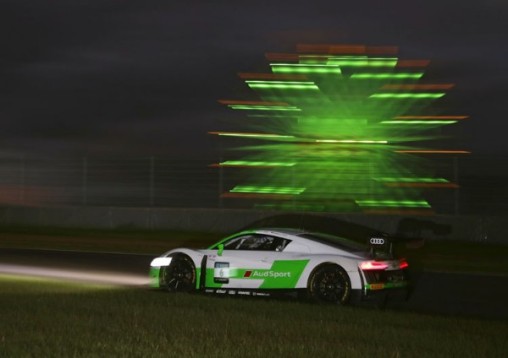 With an outside temperature well above 30 degrees Celsius, the Suzuka 10 Hours proved to be a tough test for man and machine. The long-distance race on the demanding Grand Prix circuit featured for the first time on the calendar of the Intercontinental GT Challenge and thrilled fans and drivers alike. Taking up the race from eleventh on the grid, Haase/van der Linde/Winkelhock fought their way up to position three as the best driver trio in an Audi R8 LMS, despite being handed a drive-through penalty. At the flag, they were only 1.2 seconds shy of second place. In the drivers’ classification of the series, Haase and Winkelhock now rank behind the three competitors who won the race. Audi lies second in the manufacturers’ classification. “Congratulations to Mercedes-AMG for the 1-2 victory as well as the Audi Sport Team Absolute Racing and our three drivers on their podium result,” said Chris Reinke, Head of Audi Sport customer racing. “That was a tough job. It’s remarkable that all our teams kept their cool and reached the flag, despite the extreme heat and a race packed with incidents.”

The second-best Audi was the number 66 car fielded by Audi Sport Team WRT. Christopher Mies/Dries Vanthoor/Frédéric Vervisch, who lost time due to a puncture, took the checkered flag in fourth place. This earned Audi another twelve points towards the manufacturers’ classification. The Audi Team Hitotsuyama from Japan, which regularly contests the national Super GT racing series, used the long-distance event for an international guest appearance. The two regular drivers Richard Lyons and Ryuichiro Tomita received reinforcement from Belgian Alessio Picariello. In the first hour of racing, the squad was the best Audi team in the field. A spin threw the Audi R8 LMS back down the field and resulted in the number 21 car finishing on eighth place. Another Audi R8 LMS run by the Audi Sport Team WRT rounded off an Audi quartet to finish in the top ten: Jake Dennis/Sheldon van der Linde/Stuart Leonard crossed the finish line in ninth. A fifth Audi R8 LMS also completed the ten-hour race distance: Of the eleven teams to contest the Pro-Am class, Congfu Cheng, Adderly Fong and Jingzu Sun scored sixth place.

The final round of the Intercontinental GT Challenge will be contested from 26 to 28 October. The teams will fight for the drivers’ and manufacturers’ titles on the legendary circuit of Laguna Seca in California. In 2016 and 2017, the first two years of the series, Audi and its drivers won both classifications.