NOT SO PETIT LE MANS FOR PERFORMANCE TECH MOTORSPORTS

Performance Tech Motorsports is armed with seven cars across three championships, two series and one goal; to win at Road Atlanta. 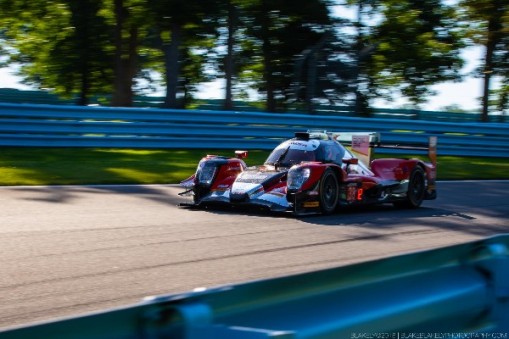 The 2018 IMSA season was unlike any other for Performance Tech Motorsports and Team Principal Brent O’Neill. The team fielded a record-breaking six cars in IMSA Prototype Challenge Presented by Mazda, standing on the podium eight times. It also took on the upper echelon of racing running the No. 38 Centinel Spine/Restitute Health Oreca LMP2 in the IMSA WeatherTech Sportscar Championship Prototype class.

“We’ve really had a pretty good season,” O’Neill said. “We started off really strong at Daytona with the P2 car and showed that we were ready for the next step. We just had some unfortunate accidents that set us back. Which, this is racing so sometimes that happens.”

“Our Prototype Challenge guys have had a really successful season. They’re all podium contenders. Robert, Stephen and Howard are all fighting for a championship this weekend. Cameron is also in contention for the Master’s Championship; he’s done such a great job in the P3 car this season. Hopefully, we can see everyone back on podium one last time. It’s been a great year.”

The No. 38 is piloted by the season-long duo of James French, Sheboygan, Wisconsin, Kyle Masson, Windemere and will see the return of endurance driver Nick Boulle of Dallas, Texas. The Tequila Patron North American Endurance Championship is a common fight for the three drivers. Boulle joined Masson and French last season at the Rolex 24 At Daytona for the team’s historic win in the Prototype Challenge class. The 2.54-mile, 12 turn track is unforgiving, but the 2017 endurance championship-winning trio is up for the challenge.

The IMSA Prototype Challenge Presented by Mazda MPC championship could be clinched by three of Performance Tech’s drivers this weekend with only nine points separating first through seventh. Howard Jacobs, Fort Lauderdale, No. 77 Cardio Access MPC currently is second in the championship, just three points out of the lead. Jacobs began a charge up the leaderboard at Canadian Tire Motorsports Park with co-driver James French and has been riding the momentum since.

Stephen Dawes, Sidney, New York has spent the season silently creeping up the leaderboard collecting points. His No. 22 A.I.G. Technologies MPC now sits just one point behind second and four points out of first, making this the closest championship battle of all the IMSA sanctioned series. While a win won’t be necessary to clinch this championship, Dawes will need a clean race to bring his car home ahead of the competition.

Dr. Robert Masson, Windemere, is prepared to strike this weekend with his No. 11 Masson Spine Institute MPC. Dr. Masson led the championship for the first half of the season, losing the lead only after being plagued by bad luck in the previous two races. He is nine points out of the lead and can win the championship at Road Atlanta if he plays a meticulous hand. Based on past performance, with Masson all is possible.

Cameron Cassels, British Columbia, is on the championship hunt as well this weekend. Cassels’ No. 75 LMP3 has been in contention for the LMP3 Master’s Championship through every Round thus far. He enters the weekend in third with eight points separating him from first. Cassels will have the advantage of focusing solely on his LMP3 competition this weekend, which has not always been the case this year due to Cassels racing in multiple series.

The Performance Tech Motorsports / Charles Wicht Racing No. 7 LMP3 entry heads into the weekend in contention for an overall team podium. The full season driver of the No. 7, Leo Lamellas, will battle for a top-three championship spot this weekend with the opportunity to finish as high as second overall. The No. 7 has shown incredible speed this season making it a fan-favorite to win Round 6 at Road Atlanta.

Performance Tech rounds out the pack with the addition of John DeAngelis, Naples, in the No. 18 MPC. Road Atlanta will be DeAngelis’s debut in IMSA Prototype Challenge Presented by Mazda. While he is new to IMSA sanctioned series, he’s no racing rookie making him a wild card for championship points this weekend.

« CORVETTE RACING AT ROAD ATLANTA: CHAMPIONSHIP BATTLE DOWN TO THE WIRE
GRAND FINAL FEELING FOR AUSTRALIAN GT AT HAMPTON DOWNS 500 »