Nissan e.dams has kicked off its ABB FIA Formula E electric street racing championship campaign with an impressive points haul as the first-ever Japanese brand in the series. 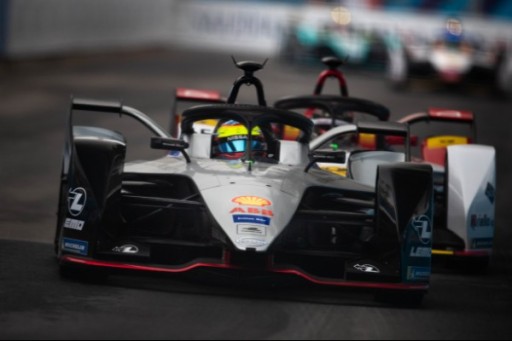 Nissan debuted as the newest manufacturer to join the championship with Swiss racer Sebastien Buemi and British driver Oliver Rowland finishing sixth and seventh respectively in the opening round of the series – the Ad Diriyah ePrix.

The Formula E championship showcases electric mobility in major city centers around the world, and Nissan is using the series to demonstrate the performance side of Nissan Intelligent Mobility – the brand’s vision for how cars are driven, powered and integrated into society.

After having spent the past two years preparing for its Formula E debut, the global EV sales leader had to wait even longer to finally hit the track today after heavy rain cancelled the opening practice session.

Delays in the schedule resulted in a revised qualifying format being run with the 22 cars split into two groups of 11, instead of the traditional four groups of cars and a separate “super pole” session.

Weekend highlights for Nissan included Buemi qualifying third fastest and running as high as second in the race at the start. Rowland gained seven spots in the race after qualifying 14th and Nissan e.dams finish its debut weekend sitting in fourth place in the points.

“After more than two years of planning and building our Formula E program, everyone at Nissan is very proud to come away from our first race with such a strong result,” said Michael Carcamo, Nissan’s global motorsports director.

“Sixth and seventh is a strong performance for the team on debut, and we understand where we need to improve. We’ll be working hard to take those steps for the next round in Marrakesh.

“We certainly believed Formula E was going to be a great platform for Nissan to showcase Nissan Intelligent Mobility and that belief has been cemented now we have our first race under our belt. Round one has been a great success for the series, and we’re now even more excited about the races ahead.”

Today’s race was not only the debut for Nissan, but it also kicked off the “Gen2” era of the Formula E championship with new cars which feature new chassis, aerodynamics, battery, and powertrain. The new cars have more power and longer range and eliminate the need for the car change which was previously used in the series.

The series also debuted its new “Attack Mode” format where drivers get to enjoy 25 more kW of power for a short period by driving off-line through a section of track to trigger the system.

“We are happy with today’s race. We are starting season five with a lot of new parameters, with a new car and a new powertrain that we have developed with Nissan. It’s nice to have both cars in the points straight away,” said Jean-Paul Driot, Nissan e.dams team principal.

“During qualifying, Sebastien performed well with P3 and Oliver has shown during practice that very soon he will be ready to compete for top qualifying positions.

“We are testing tomorrow and will start developments to improve the car for the upcoming races.”

After Sunday’s test, the Nissan e.dams team and the Formula E series will head to Marrakesh in Morocco for round two of the championship on January 12.

“I had a great start and got up to second at the first corner, but I gradually started to lose a bit of ground and didn’t quite have the pace we needed.

“The Attack Mode concept is certainly tricky because it cost you some time when you activate it, but then you are rewarded. We lost a couple of spots at the finish because we didn’t activate it at the right time.

“It was a difficult race because there wasn’t a lot of grip especially after the rain.

“When you are P2 in the first corner, you are a bit disappointed to finish sixth. We’re going to go back and work as hard as can and see where we are in Marrakesh.”

“At the start, it was pretty hectic, and a lot was going on, but I had good pace all the way through the race, and I’m happy to come home seventh for Nissan e.dams.

“I’ve done a lot of preparation in the simulator, but the racing is the hardest part because you have people fighting every lap, lunging at you all the time.

“Once I get some more racing miles under my belt, it will start to feel more natural, and I can concentrate on the small details that are going to make us better.

“It was a crazy day with the weather, and nobody knew what to expect, but the whole team did a great job.”