The promotion of young drivers enjoys a long tradition at BMW Motorsport, dating back more than 40 years. During this time, the junior programme has uncovered many talented youngsters who have gone on to make a name for themselves on the motor racing scene. A slight change to the concept means that the BMW Motorsport Junior programme is even more efficient in 2019. In the future, the programme will focus on fewer drivers to make the support they are offered even more effective and tailored to their individual needs. Beitske Visser (NED) is entering her third year on the programme and will primarily gain experience in Formula racing. A shoot-out in a simulator will determine a new member of the BMW Motorsport Junior programme from the many candidates for the position. Mikkel Jensen (DEN) has been promoted to BMW works driver and will undertake a high-class GT programme. 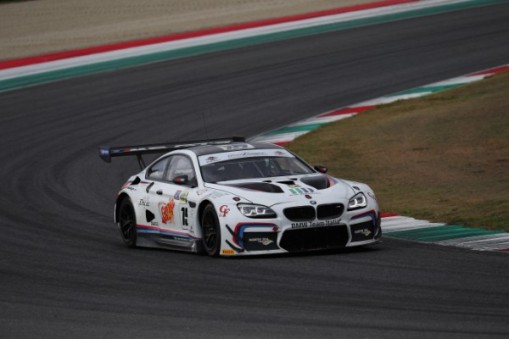 “Promoting talented youngsters is, and will remain, one of the pillars of our motorsport portfolio,” said BMW Motorsport Director Jens Marquardt. “We are delighted that, in Mikkel Jensen, a third BMW Motorsport Junior has made the step up into our works programme within just a few years. This underlines the success of our youth development and proves how effective it is and what a great springboard it can be. In the case of Beitske Visser, we see very good prospects in Formula racing in her third year on the programme, during which she will be used as test and reserve driver in Formula E. She is also taking part in the selection process for the new W Series. I am also looking forward to being able to welcome a new Junior onto our programme in the near future. I am excited about our first shoot-out in a race simulator. We are forging new paths in this regard to better address the demands of modern motor racing.”

The promotion of young drivers celebrated its 40th anniversary in 2017. Back in 1977, BMW Motorsport GmbH launched the BMW Junior Team, an initiative of managing director Jochen Neerpasch. That was the first time in German car racing that a factory had fielded a team made up solely of young drivers. Since then, the responsibility for promoting talented youngsters has been firmly anchored at BMW Motorsport, and the objective has not changed in over 40 years: to comprehensively prepare young drivers for the demands of international motor racing and for a possible career as a BMW works driver.

The goal of the concept, which has been tweaked for the coming season, is to offer each Junior an even more attractive programme of racing and to integrate them even more closely in the works and customer racing programmes. This will provide the best chance of developing more Juniors into BMW works drivers and maintaining the good success rate of recent years.

Mikkel Jensen is the third former BMW Motorsport Junior to become a permanent member of the works programme in 2019, following in the footsteps of Jesse Krohn (FIN) and Joel Eriksson (SWE). His race calendar features a host of major GT races. He will contest the entire season in the Intercontinental GT Challenge in a Walkenhorst Motorsport BMW M6 GT3, alongside BMW works driver Nick Catsburg (NED) and Christian Krognes (NOR). Another classic on his schedule is the Nürburgring 24 Hours (GER).

Beitske Visser completed her first test in the BMW iFE.18 at the opening round of the ABB FIA Formula E Championship at the end of 2018. She will be test and reserve driver for the entire season. Visser is also taking part in the shoot-out for the W Series, the first Formula series for women. This season, the races in the W Series will share the bill with the DTM. Following her success in the BMW M4 GT4 last year, she will step up a class of GT car in 2019 and drive the BMW M6 GT3 at selected races.

A selection process to decide a new participant on the BMW Motorsport Junior programme will be held in Munich (GER) from 4th to 6th February. A programme of physical and mental tests, run by Formula Medicine, will help whittle down a group of about 20 candidates to the up to five most promising youngsters. They will then demonstrate their skills in a shoot-out. For the first time, this shoot-out will not be held in a BMW race car, but in the BMW Motorsport simulator, thus better addressing the demands of modern motor racing. One new BMW Motorsport Junior will be selected from the finalists. As well as mental, fitness and media training, they will also contest the full season in the Italian GT Championship in a BMW M6 GT3 run by BMW Team Italia.

Dirk Adorf has been supporting the BMW Motorsport Juniors as a mentor since 2014. Between 2012 and 2014, the BMW works driver was partly responsible for the BMW Talent Cup, alongside his race schedule. Adorf also enjoys regular work as a TV presenter and race official. “The promotion of talented youngsters in motorsport is very close to my heart and I am proud to have been a permanent part of the BMW Motorsport Junior programme since it was restructured,” said Adorf. “I am extremely excited about the candidates for our new selection procedure, as we have participants from all over the world, who are coming to Munich to seize their opportunity to claim a place in the class of 2019. With my own motorsport background, I am particularly pleased that we are able to offer a few young BMW customer racing drivers the opportunity to show what they are capable of.”

Alongside Adorf, BMW works driver Philipp Eng (AUT) will also offer his appraisal, following intensive discussions with the candidates. Eng arrives in Munich as the newly-crowned winner of the 24 Hours of Daytona (USA), where he won the GTLM class in a BMW M8 GTE alongside Augusto Farfus (BRA), Connor De Phillippi (USA) and Colton Herta (USA). Eng already has already won the 24 Hours of Spa-Francorchamps (BEL) twice for BMW in the BMW M6 GT3. In 2019, he enters his second season as a BMW DTM driver, having ended the first season as the year’s top rookie. Eng is a former BMW Motorsport Junior. He competed in Formula BMW and won the Formula BMW World Final in Valencia (ESP) in 2007. In 2017, he enjoyed great success in the ADAC GT Masters alongside Ricky Collard (GBR), himself a BMW Motorsport Junior at the time.

The following BMW Motorsport Juniors have made the step up to BMW works driver in recent years:

2018 and 2019 BMW works driver in the IMSA WeatherTech SportsCar Championship.

Selection of successful graduates from the BMW youth development programme: