The stunning new McLaren 720S GT3 will make its CAMS Australian GT debut this season and is expected to immediately take the fight to the established teams, following on from the success of the mighty 650S GT3 which claimed multiple AGT victories and the 2016 title. 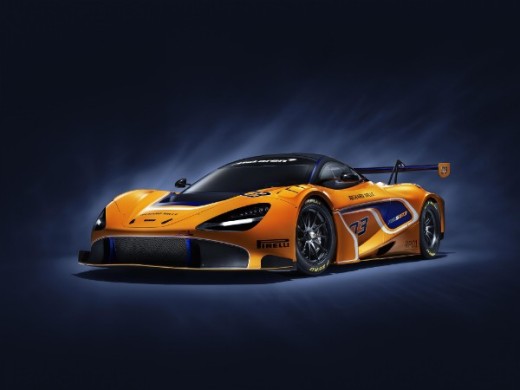 One of the new wave of GT3 cars onto the global market this year, the 720S GT3 is based on the renowned 720S road car from the British manufacturer’s ‘Super Series’ and whilst McLaren has regularly stolen the spotlight for their outstanding design, the 720S takes things to a whole new level with a profile and a sound that is sure to attract a legion of fans.

To say the car is beautiful is an understatement. Like its British rival the 2019 Aston Martin Vantage GT3 – which is due into Australia some time around mid-year – it forms part of a new culture in GT racing that is looking to breathe new life into the old adage of ‘win on Sunday – sell on Monday’, although unlike the days of old, you’re not likely to see owners lined up around the block, but the theory is the same, the customer though being very much the amateur racer market.

Built by the newly established Customer Racing division of McLaren Automotive, it has more than 90% of the components from the road car optimised or modified in some way for track use, with the focus on making performance more easily attainable and more drivable [comfortable] for amateur racers. The car has completed extensive testing throughout Europe and the Middle East during 2018, which culminated in a strong result on its competition debut in Abu Dhabi in December, at the Gulf 12 Hours with former AGT race winner Shane van Gisbergen among the driver-line-up. After qualifying on the front row, the factory-entered car led much of the race and eventually finished fifth in class, and eighth overall.

Like the outgoing 650S GT3, the new 720 utilises twin-turbo alloy V8 power, although the new car features an updated M840T 4.0-litre unit (from the road car) with bulk torque (the road car features 770Nm from it’s 530kW), so you could expect it to be a contender straight out of the box, although like all of its rivals, it will need to undergo SRO Balance-of-Performance [BoP] testing early in the new year to bring it in-line with the rest of the GT3 field.

In past seasons there have been a number of McLarens competing in Australia, notably the YNA Autosport team who claimed the maiden Australian Endurance Championship title in 2016 alongside former champion Klark Quinn’s AGT victory – both with the 650S GT3 – whilst in season 2018, Melbourne’s Fraser Ross campaigned a YNA Autosport 650S GT3 taking the car to the championship points lead mid-season, before finishing fourth in the standings.

As to the details of who will campaign the new 720S GT3 in Melbourne, that – at this stage – is a closely guarded secret, although rumour has it that the British manufacturer will be well represented in Australian GT this year – with not one, but a minimum of three cars on the grid by mid-season, including a McLaren 570S GT4.

Having tasted success in Europe, North America and Asia in past seasons, the McLaren 570S GT4 will be a contender in the emerging GT4 category which has begun to make its presence felt in Australia over recent seasons.

Campaigning a modified twin-turbo 3.8-litre V8 similar to that used in the outgoing 650S GT3, the 570S GT4 will certainly shake up the established teams in the GT4 category and will provide another great focal point for the fans with its stunning lines.

Whilst a second 570S GT3 is likely to make an appearance mid-year, the GT4 is expected to be on the grid in Melbourne for the season-opening Australian Grand Prix round at Albert Park (14-17 March).