PR1/Mathiasen Motorsports announced today that Anders Fjordbach will join their LMP2 program for the second race of the 2019 IMSA WeatherTech SportsCar Championship, the 12 Hours of Sebring. 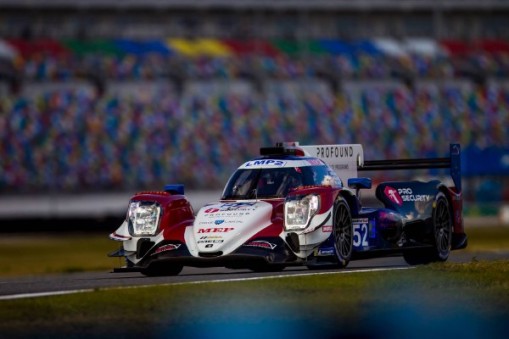 Fjordbach joins PR1/Mathiasen Motorsports with extensive endurance racing experience. The Denmark native has won two 24 Hours of Dubai titles and finished on the podium two additional times. He has raced in seven other 24-hour races including the 24 Hours of Spa and Nürburgring. The twenty-eight-year-old will be a part of the IMSA WeatherTech SportsCar Championship for the first time after competing in the Blancpain GT Endurance Series, Asian Le Mans Series, and European Le Mans Series.

Fjordbach will pilot the #52 ORECA 07 LMP2 alongside teammates drivers Matt McMurry and Gabriel Aubry for the endurance race. The activities of the 67th Mobil 1 Twelve Hours of Sebring Presented by Advance Auto Parts will begin on Wednesday, March 13th with the LMP2 category of the IMSA WeatherTech SportsCar Championship officially on track on Thursday. Race day, Saturday, March 16th will include a warm-up at 8:00 A.M. EST and the green flag set to wave at 10:40 A.M. EST. For more information visit https://www.imsa.com/

“Sebring is one of the classics and one of the races I have watched for many years while racing in Europe and Asia. I am so happy to make my American racing debut at Sebring with PR1/Mathiasen Motorsports.

I believe we have a strong package and we can reach for the top step Saturday evening. I must thank Chris McMurry, my teammate in Asian Le Mans for giving me this chance! I can’t wait to be in Florida!”

“I’m really excited to come back to the US for Super Sebring! It will be an amazing and busy week ahead. After Daytona, I feel that we need to finish the job and bring back the trophy to the team.”

“I’m excited to be heading back to Sebring for another shot at the top spot on the podium. I’m looking forward to the possibility of rain during the race!”

“I am looking forward to the upcoming 12 hours of Sebring weekend. We have a great group of drivers who demonstrated at Daytona that we can be fast and if our luck holds out I’m confident we will be competing for P1 in our class at the end of the 12 hours. In 2019 we have added another ORECA 07 to our stable and have also purchased a Ligier P3 to compete in the Prototype Challenge class which should greatly enhance our driver development program. This weekend we will be competing for the first time with both cars. It will be a busy weekend for the team. But I’m sure Bobby and crew will be up to the task.”