Audi Sport customer racing holds a record in the Intercontinental GT Challenge, the world’s most prestigious GT3 racing series. The Audi R8 LMS has been unbeaten to date in the California 8 Hours in the United States. Following two straight victories, Audi is now aiming to continue its string of success at Laguna Seca on March 30 when the new evolution of the Audi R8 LMS will compete in this racing series for the first time. 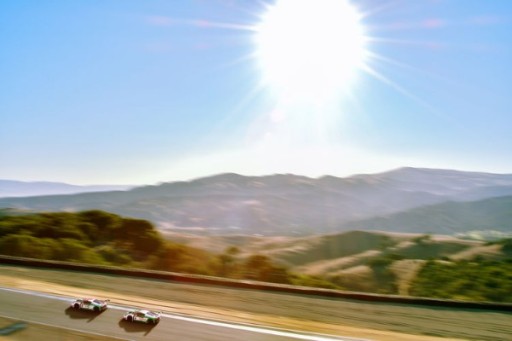 Never before has the competition been as fierce as this season: Eight automobile marques have submitted entries for the 2019 Intercontinental GT Challenge. “It’s a challenge we’re happy to take on as the title defenders in the manufacturers’ classification, but we’ve also seen how difficult it is this year,” says Chris Reinke, Head of Audi Sport customer racing. At the season opener at Bathurst, Australia, in early February, the teams and drivers from Audi Sport suffered several setbacks, scoring only three points. Consequently, the upcoming event now marks the beginning of a fightback around the globe. One endurance race each in America, Europe, Asia and Africa completes the calendar of the series until November.

Audi has special memories of the upcoming California 8 Hours on the race track at Laguna Seca. The roller coaster circuit some 200 kilometers south of San Francisco combines diverse cornering radii on a length of only 3.6 kilometers and significant elevation changes. The Corkscrew corner with its heavily dropping left-right section is unique in the world and popular with all race drivers.

On this race track, the Audi R8 and Audi R10 TDI Le Mans prototypes scored a total of eight victories in the former American Le Mans Series for sports cars in North America between 2000 and 2008. Pierre Kaffer/Kelvin van der Linde/Markus Winkelhock decided the inaugural race of the California 8 Hours in 2017 in their favor with Audi. Winkelhock won the drivers’ classification of this series as well, and Audi the manufacturers’ classification. A year later, the Audi R8 LMS was again unbeatable: Kelvin van der Linde together with Christopher Haase and Christopher Mies after eight thrilling hours of racing celebrated victory ahead of Robin Frijns/Dries Vanthoor/Markus Winkelhock in another Audi R8 LMS last October.

This year, six Audi Sport drivers will be on the grid. Christopher Haase will be racing with Dries Vanthoor and Frédéric Vervisch for Audi Sport Team WRT. Audi Sport Team Land that was victorious last year will again have Kelvin van der Linde and Christopher Mies on board. Markus Winkelhock completes this driver lineup.

Three sessions and a pole shootout qualifying for the top 15 grid positions on Friday, March 29, will be followed by the race on Saturday. The race is scheduled to start at 8.30 AM local time (CET – 8 hours).