TOM GAMBLE TO COMPETE IN THE BLANCPAIN GT SERIES FOR WRT 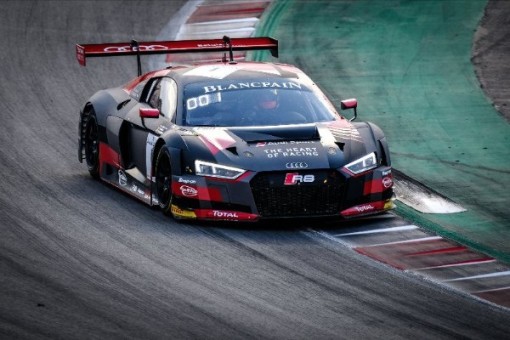 17-year old Tom follows two years of success where he took seven podiums and two victories in the BRDC British Formula 3 Championship, after being crowned the 2017 Ginetta Junior Champion. He will compete in the series’ Silver Cup alongside Australian Shae Davies, who had a podium finish in Blancpain’s GT World Challenge Asia last year.

Facing a tough marketplace for young drivers, Tom enlisted the assistance of BRDC SuperStars Director Andy Meyrick and BRDC Member Derek Warwick in navigating various options for the year. With the wealth of knowledge from Members on hand for SuperStars, it provides young drivers with expert advice and Tom made full use of it in settling on his plan for the season. Indeed, Tom follows former SuperStar Jake Dennis who drove for the team in 2017.

WRT celebrates its tenth year in 2019 and has enjoyed repeated success at the highest levels of GT racing. It is a five-time Royal Automobile Club Belgium team of the year, 11 team championships and seven driver titles amongst others, for a total off 22 titles in the SRO-promoted Blancpain series. It also has an overall win at the Nürburgring 24 Hours, two Spa 24 Hours victories, and was successful at the first attempt at the Bathurst 12 hours.

The Blancpain GT World Challenge Europe consists of ten races at five venues, starting with a tough test on home soil for Tom at Brands Hatch. It then visits Misano, Zandvoort, the Nürburgring, and finishes at the Hungaroring in September.

“The BRDC SuperStars programme did a great job over the winter and put me in touch with a lot of useful people. I drove a GT3 during the two-day assessment for the McLaren Autosport BRDC Award and I went well in that. I’ve also tested a couple of other GT3s and have felt comfortable quickly.

“WRT is one of the best teams in GT racing so I couldn’t ask for a better opportunity in making the transition from single seaters. We’ll get a few days testing in and the season begins at Brands Hatch, a track I know, so it’ll good starting at home.

“I’m young and I’m keen to race and I wouldn’t have been announcing this without the help of the BRDC SuperStars programme. I have to thank Andy and the team for all their help.”

“After an extremely busy few weeks where we have explored what feels like every option that was available to us, I am delighted to say that we have secured Tom a race seat with Audi factory-supported WRT in the Blancpain Sprint series. It has been a very difficult month and I believe there was a huge risk that Tom would not have been racing at all in 2019 had he not had support from the BRDC.

“WRT has a proven track record of developing young drivers into professional stars and I am confident that Tom is in the perfect environment to develop and learn. He has the opportunity to showcase himself to one of the leading manufacturers in racing on the international stage.”

“It’s a huge disappointment that, given that we saw amazing speed from such a young driver, Tom couldn’t find a suitable single seater drive this year. Andy has worked really hard and although the single seater route is not open this year, Tom has a top drive with WRT. We all know there are a lot of professional drivers in the series and the team has had fantastic success.

“On the one hand I’m disappointed but on the other I’m very excited because Tom was extraordinarily quick in the GT3 and LMP3 in his assessments. It would seem he can drive anything so I know he will go well in the Audi.”