Scuderia Villorba Corse is about to start a double challenge on home soil at Monza where rounds two of 2019 European Le Mans Series and Le Mans Cup take place on May 10-12 as the only Italian round of both the endurance series. Italian team led by Raimondo Amadio feels a close connection with the legendary “Temple of Speed” having recorded many good results there (such as the 2013 International GT Open title took by Andrea Montermini on Ferrari 458). In Monza the team has always received a very warm welcome by an incredibly fond public. 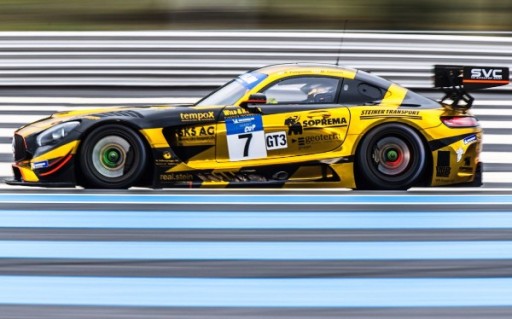 In the second 2019 Le Mans Cup round, which includes the main event of a two-hour race on Saturday at 16:00h CET (live streaming on http://www.lemanscup.com), Villorba Corse will line up the Mercedes-AMG GT3 for Swiss crew formed by Mauro Calamia and Roberto Pampanini, eager to take revenge after they were forced to retire in the opening round held at Le Castellet last month, and the Lamborghini Huracan GT3 for French crew formed by Cedric Mezard and Steve Hiesse, that, on the contrary, took a strong fourth position in that occasion.

The Italian round of the European Le Mans Series, the 4 Hours of Monza takes place on Sunday at 12.00h CET (live streaming on http://www.europeanlemansseries.com), will see the #47 Dallara P217 Gibson getting back on track with a new Cetilar livery for a “one-off” in the championship with Roberto Lacorte, Giorgio Sernagiotto and Andrea Belicchi preparing the third 24 Hours of Le Mans in a row for the team (June 15-16).

Team principal Amadio says: “This is our home race and for this so important for the whole team. We deeply care about this racing weekend from all points of view. We are present on both fronts and we do expect a very exciting weekend, at maximum intensity from the very first free practice session on Friday. We are back in the LMP2 class to prepare our third Le Mans 24 Hours in the best possible way. Monza is undoubtedly an excellent test for this purpose. Regarding the Le Mans Cup, we aim to be protagonists of a good and clean race. The characteristics of our GT3 cars should fit to the circuit layout and we have already shown a competitive pace at Le Castellet”.