The 24 Hours of Le Mans fires into action, as the 87th edition of the historical La Sarthe’s race starts next Saturday, 15 June, marking the third consecutive participation of Cetilar Racing. With only five days to the green flag, Roberto Lacorte and Giorgio Sernagiotto are all set to make their third appearance in the French “marathon” driving the #47 Dallara-Gibson LMP2 car technically supported by Villorba Corse, as Andrea Belicchi is really excited to celebrate his tenth 24H. 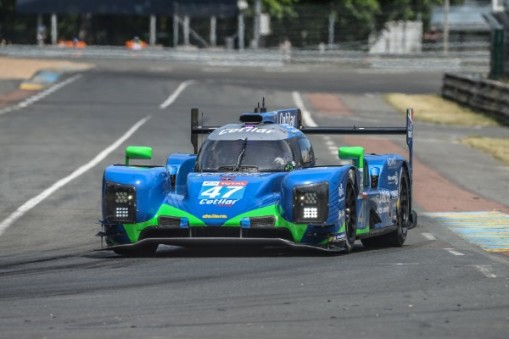 The yesterday’s pesage officially kicked off the event, whilst Cetilar Racing already hit the track eight days ago to complete a fruitful official test, running more than 1000 kms. The Italian team will continue its work in the Wednesday’s free practice.

On same day, from 22 to midnight, the first qualifying session gets underway. Two more qualifying will be held on Thursday from 19 to 21 and from 22 to 24. The 45-minute warm-up is scheduled on Saturday at 9am. The race starts at 15 to end the day after, live televised by Eurosport channel.

After the 2017 debut, when Cetilar Racing claimed the ninth overall place and the seventh of the category, and a dramatic last year edition ended with Lacorte, Sernagiotto and former F1 driver Felipe Nasr 11th in the LMP2 class, the team aims to show well again. The 24 Hours of Le Mans 2019 anticipate the next Cetilar Racing commitment in the FIA WEC Championship.

Roberto Lacorte: “I am really excited and enthusiast to participate with the same all-Italian squad I made the Le Mans debut two years ago. I have an extraordinary feeling with Giorgio and Andrea. It’s tough to make predictions. For sure we want to show well again.”

Giorgio Sernagiotto: “It will be a very intense week. We arrive at Le Mans satisfied of the recent test, when we completed a large number of laps without using “super soft” tires, but finding great pace and consistency.”

Andrea Belicchi: “If I should choise again the team-mates with whom racing my tenth 24 Hours of Le Mans, withouth any doubt I’d say Roberto and Giorgio. I am super happy and excited for reaching this important milestone in my racing career.”