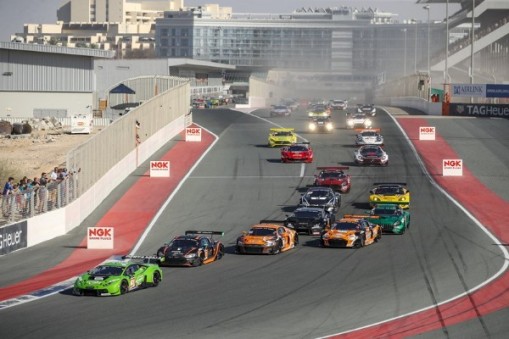 Now firmly established as the first major 24-hour race of the new calendar year, the Hankook 24H DUBAI hardly needs any further introduction. The fascinating world of Dubai is a great backdrop for a thrilling endurance race at Dubai Autodrome, considered as a real challenge by all drivers, from ambitious amateurs to seasoned stalwarts. Almost 50 teams have already submitted their entry forms to secure their slot on the grid for the 15th running of the event in the United Arab Emirates. Entries are still being accepted.

As usual, Dutch agency CREVENTIC, organiser and promoter of the race, is taking care of all the logistical aspects involved with participation in the race in Dubai. A revised entry fee structure has been put in place to ensure that the teams are facing no extra costs for their participation in Dubai. The rate includes standard sea-freight transport to Dubai and back, all the official track sessions and fuel for the entire event as well as use of a pit box and an exclusive pit box banner teams are allowed to keep as a unique souvenir of their participation in the event. Upgraded packages are available with additional private test sessions.

Building on its vast experience in endurance race events, CREVENTIC is organising two series for 2020. The 24H SERIES EUROPE and the 24H SERIES CONTINENTS, both powered by Hankook. For the European series, teams and drivers must participate in a minimum of 2 races to be eligible to score points. The best four results of the season will be taken into account.

The calendar of the 24H SERIES CONTINENTS includes the 24-hour races in Dubai, Barcelona and at the Circuit of the Americas in Austin, Texas. Teams and drivers must participate in all three rounds to be eligible for points.

For more transparency, CREVENTIC have decided to make some changes to the class structure and nomenclature for the upcoming season. The classes formerly known as A6-Pro and A6-Am will now be referred to as GT3-Pro and GT3-Am. The SPX and SP2 classes are combined and will be referred to as GTX. In the TCE division, the SP3 class will be renamed as TCX, the classes A3, A2 and CUP1 will be combined to form the TC class. Moreover, it has been decided to replace the current dynamic BOP (balance of performance) with a fixed BOP per vehicle type. As a result, reference lap times will no longer be in use