Following last month’s announcement that Strakka Racing will be running two Mercedes-AMG GT3 entries in next week’s Total 24 Hours of Spa, the team is delighted to reveal the full line up of the #43 car. 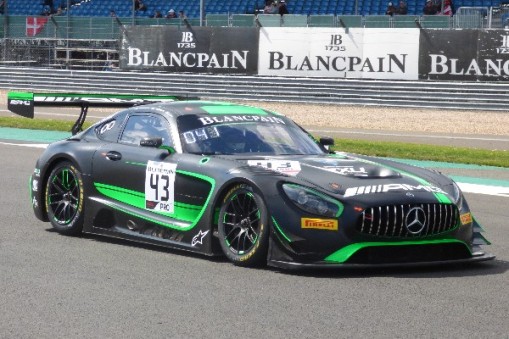 Christina Nielsen, who had already been confirmed and has a derogation to bronze for this particular round of the Intercontinental GT Challenge, will be joined by Richard Heistand (Bronze), Jack Hawksworth (Gold) and David Fumanelli (Silver). They will join the trio of Lewis Williamson, Gary Paffett and Tristan Vautier in the #43 for the Mercedes-AMG performance team.

The Total 24 Hours of Spa will take place on 27-28 July as part of the 2019 Intercontinental GT Challenge and Blancpain GT Series Endurance cup, starting at 16:30 CET on Saturday 27 July.

Christina Nielsen (#43): “Spa is one of the biggest races of the year a driver can do. The track is legendary and a favourite amongst many. Everyone knows that the competition is insane and it’s 24 hours of that, so without a doubt it’s going to be intense. It’s been a couple of years since I last raced at Spa; I’ve spent time preparing on the Strakka simulator and have a really busy summer schedule with Spa being a part of that, so I’ll have had plenty of time behind the wheel to get me prepared for the race.”

Jay Davenport, Strakka Racing Director: “We’re pleased to be able to reveal our full driver line-up for next week’s Spa 24h. We have a wealth of experience and talent in our roster and we are confident we can prove successful at this epic event once again.”