The 2019 Intercontinental GT Challenge Powered by Pirelli campaign stages its penultimate round of the season next weekend (August 23-25) when the world’s only global GT3 championship travels to Japan for the BH Auction SMBC Suzuka 10 Hours. 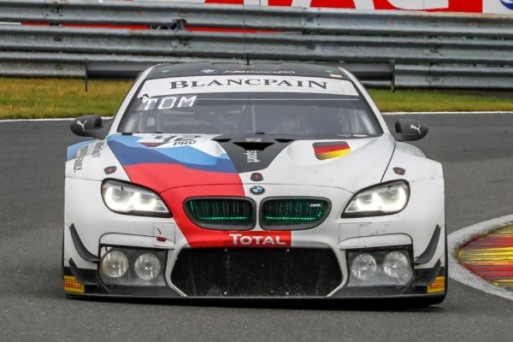 27 of 36 entries contesting the 48th Summer Endurance Race have been nominated to score Intercontinental GT Challenge points at one of the world’s most demanding circuits. That total comprises an incredible 13 manufacturers, eight of which are full-season #IntGTC entrants.

Round four takes place less than one month after Porsche claimed its second victory of the season at the Total 24 Hours of Spa where GPX Racing’s Kevin Estre, Michael Christensen and Richard Lietz scored the 2019-spec 911 GT3 R’s first #IntGTC win. Nevertheless, it is sheer consistency that has helped reigning Suzuka 10 Hours winners Mercedes-AMG remain out front in both the Manufacturers’ and Drivers’ standings.

Like Spa and Bathurst, Suzuka’s event begins with cars driving from the circuit via closed public roads into the city centre. It will be the first time Suzuka has staged such a parade, which also sees Audi R8 LMS Cup and Porsche Sprint Challenge joining #IntGTC cars and drivers at Aeon Mall.

Mercedes-AMG claimed its fourth podium in the first three Intercontinental rounds last month at Spa to remain out front in the Manufacturers’ Championship. However, a second win has seen Porsche close to within eight points of its rival, which is still seeking a first #IntGTC victory since Suzuka 12 months ago.

That result owed everything to a perfect performance from GruppeM Racing and its drivers Raffaele Marciello, Maro Engel and Tristan Vautier who led an astonishing 222 of 276 laps. Two-thirds of that line-up – Marciello and Spa pole-winner Engel – are again paired with GruppeM and championship leader Maxi Buhk who previously partnered Marciello at Bathurst and Laguna Seca.

A fifth Mercedes-AMG, entered by SunEnergy1, is also registered to score Bronze Championship points courtesy of its amateur driver Kenny Habul. However, its result will not count towards #IntGTC’s Manufacturers’ standings.

First and fourth at Spa has helped Porsche reduce its Manufacturers’ deficit from 19 points to eight ahead of Suzuka where, just like current leaders Mercedes-AMG, it has nominated a full quota of four #IntGTC entries.

EBM are back but, interestingly, without its Bathurst-winning line-up. Instead, its other Mount Panorama trio of Romain Dumas, Mathieu Jaminet and Sven Muller join the Kiwi outfit while Dirk Werner, Matt Campbell and Dennis Olsen represent newly-crowned Blancpain GT World Challenge Asia Teams’ champions Absolute Racing. The same trio is also just seven points behind Buhk and Goetz in the Drivers’ standings.

Meanwhile, Wakisaka brothers Juichi and Shigekazu – who are joined at LM Corsa by Kei Nakanishi – each boast multiple Summer Endurance Race victories. They triumphed separately in 2000 and 2001, and won together a year later before Juichi added a third in 2007.

Following a tough start, Audi Sport continued to make progress at Spa where an #IntGTC podium for Markus Winkelhock and Christopher Haase helped the reigning Manufacturers’ Champions move up to third overall. However, even a one-two finish at Suzuka coupled with a Mercedes-AMG meltdown wouldn’t be sufficient to bridge their current 45-point gap.

Instead, Audi’s two factory representatives will both hope to feature on the podium, just as Absolute Racing did 12 months ago. Haase and Winkelhock are back with the same Chinese team and joined by Christopher Mies, while WRT make the trip from Europe eager to finish one, two or – ideally – three places better than in 2018. Frederic Vervisch, Kelvin van der Linde and Dries Vanthoor are on duty for the Belgian outfit.

Both entries will celebrate the 25th anniversary of Audi’s RS models, with WRT’s Nogaro Blue livery echoing that of the original RS 2 road car released in 1994.

This will be BMW’s first #IntGTC appearance at Suzuka, while its only representation last year came courtesy of a customer Pro/Am entry. The M6 and, incidentally, Farfus, both contested the last of Suzuka’s 1000km events in 2016 and ’17 before the race switched to its current 10-hour format.

Spa did not go according to plan for Ferrari, which failed to score a point after dominating the preceding California 8 Hours. However, the omens look better for Suzuka where three 488s are due to take the start.

They’ll be led by HubAuto Corsa’s full-season entry, which features Super GT champions Nick Cassidy and Heikki Kovalainen. The team scored a shock pole position 12 months ago without a star-name driver and will again benefit from its recent Blancpain GT World Challenge Asia experience at Suzuka.

They’re joined in Maranello’s corner by apr with ARN Racing who contested last year’s race with Ferrari before switching to Porsche. Indeed, Hiroaki Nagai and Yuta Kamimura have campaigned a 911 GT3 R all season but now revert to the team’s particularly beautiful cherry red 488.

The opposite is true for Car Guy Racing who represented Honda 12 months ago. And their switch to Ferrari has brought with it the added bonus of factory drivers James Calado and Miguel Molina – the latter a California 8 Hours winner with HubAuto’s Nick Foster – joining team stalwart Kei Cozzolino.

That Bentley scored 16 of its 18 points on the opening weekend at Bathurst says everything you need to know about the British manufacturer’s current run of #IntGTC form. Spa proved particularly challenging for M-Sport’s four-car effort, which has been trimmed to a pair of Continentals at Suzuka.

Jordan Pepper, Jules Gounon and Steven Kane remain unchanged while the familiar duo of Andy Soucek and Maxime Soulet re-join forces after being split at Spa. They’re accompanied by 2017 British GT champion Seb Morris who makes his second appearance with the factory.

KCMG’s two full-season GT-R NISMO GT3s have been Nissan’s sole Intercontinental representatives this season, but that all changes at Suzuka despite Tairoku Racing’s late withdrawal.

All eyes are bound to be on NISMO legend Tsugio Matsuda and fellow home favourite Katsumasa Chiyo who partner Josh Burdon in KCMG’s #35 entry. Two-time Super GT champion Matsuda won the Suzuka 1000km for Nissan in 2008, a year after current team-mate Oliver Jarvis did likewise for Lexus.

Completing that particular timeline is Kazuki Hoshino who won outright in 2006. He now forms the Pro element of GTNET’s Pro/Am-entered first-generation GT-R NISMO that has won Super Taikyu’s five-hour race at Suzuka four out of the last six years.

A third 2018-spec GT-R NISMO, run by MP Racing, is one of three Am-classified entries amongst this year’s 36-car field.

A home race calls for a show of strength and, just like Nissan, Honda has responded by nominating its maximum number of entries.

The factory – based just down the road, literally! – has seen its lead Team Motul car qualify and race well this year, albeit at different Intercontinental events. California 8 Hours pole position was followed by a trouble-free run to sixth overall at Spa where the NSX proved its endurance credentials. However, just one of its drivers from those first two outings – 2017 Suzuka winner Bertrand Baguette – travels to Japan where Honda’s Super GT ace Hideki Mutoh and Marco Bonanomi complete a strong line-up.

Modulo Drago Corse are also back with a Pro Japanese crew featuring three-time Summer Endurance Race winner Ryo Michigami whose previous victories were all achieved at the wheel a GT500-spec Honda NSX.