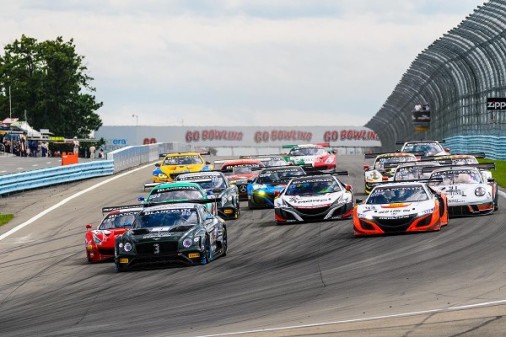 “We always love coming to Road America,” K-PAX Racing Program Manager Darren Law said. “It’s a great track from a driver’s perspective, the entire area has so much history and it is a great racing vibe. We have a lot on the line this weekend. Multiple championships are in play, and I think we will have a much clearer picture of where we stand after the conclusion of this weekend.”

In the series’ former one-driver format last season, team veteran Álvaro Parente helped K-PAX Racing to its 50th win since its inception in 2007. On his way to his second victory of the season, Parente recorded the fastest lap in the event opener (2:07.021) – the quickest of both races combined. Since Parente has won two races in 2019, which currently ties the four-year team driver for the most wins in K-PAX Racing history.

“We performed really well and managed to win the race – which was very special, said Parente, reminiscing on last year’s victory lane celebration. “It was a tough season, so it felt great to win that race. It was at a track I really enjoy, and it was a confidence boost for the rest of the season. It meant a lot to me and to the team.”

Two-year team driver Rodrigo Baptista quickly climbed the ranks last year, showing enough success in the amateur GT3 ranks before Road America in 2018. Last season’s opener was Baptista’s debut as a Pro-level driver in the series. Since, Baptista has won five races at the series’ highest level – two this season.

The team’s pair of second-generation Bentley Continental GT3s have taken the series by storm in its first full-season in the states. Each have placed on the podium eight times in 10 rounds, winning a combined four times. K-PAX Racing has also been represented on the pole at four of the five tracks on the series’ schedule so far.

K-PAX Racing finds itself in tight-contention across the board for all championship titles. Through 10 rounds of series competition, K-PAX Racing leads the Team Championship standings by two points (205). In the manufacturer’s race, Bentley trails by a single point (205).

“From a customer perspective, there is no better team to be at than K-PAX Racing,” said Andy Soucek, who is also a Bentley Factory driver. “It’s a front-runner as a team, and it’s a strong package of people working together in the same direction. From a factory driver point of view, there’s no better place to be than a team who is willing to test the limits. It shows in the results.”

All four team drivers are challenging for the crown in a fiery Drivers Championship. With four rounds remaining, the No. 9 team of Parente and Soucek look to close the 28-point gap (170) at a promising course. The No. 3 of Baptista and Max Soulet share fourth in the standings (140) and despite a 58-point deficit, 100 points are still on the table.

“The No. 9 car has to finish well, and the drivers have to have clean races so that they continue to have a shot at the overall championship,” Law said. “The No. 3 car has nothing to lose this weekend so they can afford to take more risks. It will be an interesting weekend for sure, and the K-PAX Racing team is always up for the challenge.”

Álvaro Parente – No. 9 Bentley Continental GT3 – “I think we’re going to be pretty competitive at Road America, and I really think that’s going to happen. Last year was really good in the first-generation car, so I’m hoping for even better this year. We really need it.

We’re feeling good, and we are going to fight to stay ahead of the Ferrari. We’re hoping that both Andy and I are quick. Also, that I can help pass down what I know already about the track, because I’ve been there a few times. We’ll just have to find a way as a team to perform at the maximum level.”

Andy Soucek – No. 9 Bentley Continental GT3 – “The team had great success at Road America last year, and Álvaro [Parente] was really quick. It’s supposed to be a good track for our car, but I’m shy to say that because we were supposed to be very good at Watkins Glen [International]. Our opponent was stronger than us, so it’s difficult to say whether we’ll be quicker.

It’s a good thing that we’re still in contention for the championship. We have scored a podium in every single event this year. So, we are constantly there with no mistakes on our side. Everything is still open, and there is still 100 points in-game. It’s not over.

We need to go in there, set up the race car as best we can and get the maximum so we can qualify up front. It’ll be important to do that for every single race up until the end of the year. The main objective is to reduce the points gap from the leader. We’ve had a really good year, but we want to finish on a high – and that’s winning the championship.”

Rodrigo Baptista – No. 3 Bentley Continental GT3 – “I am looking forward to race again in Road America. It’s a track with all kinds of corners – mainly long and fast – and with a lot of history. It’s a super cool place, and it’s definitely one of the nicest tracks in the U.S. I’m hoping to see that place full of people for our races next weekend.

Last year at Road America was my first race as a Pro driver, but we struggled a little bit with overall grip with the first-generation Bentley Continental GT3. Besides that, the team had good results. I think it will be a different story with the second-generation model, and we will fight in all the other races to secure the best results possible for K-PAX Racing.”

Max Soulet – No. 3 Bentley Continental GT3 – “I’ve never been at Road America before, but I’m looking forward to do my first-ever laps around one of the best track in the U.S. Rodrigo and I are going to push hard for the top steps of the podium this weekend – with nothing to lose anymore and a lot to gain. Obviously if we can help our sister car, we will. I can’t wait.”