The Malaga-based racing team will make its first appearance in the GT4 South European Series with its competitive Mercedes machinery. 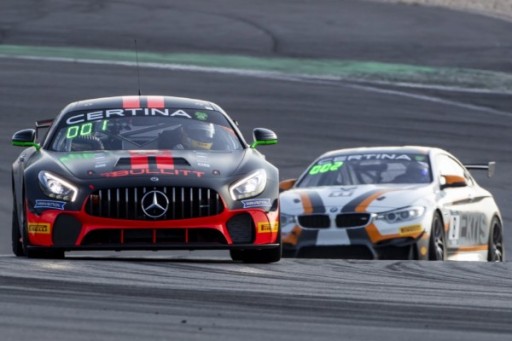 Bullitt Racing will enter the final two rounds of the Betano-sponsored series, which will be held at the Autódromo Internacional do Algarve and the Circuito do Estoril. Bullitt Racing will debut in the Race Ready-organized series when it enters the final phase competing in the Portuguese double-header over October and November.

Founded by Stephen Pattrick in 2016 following a long-time passion for motorsport, the Malaga-based team entered the 2017 GT4 European Series Northern Cup with a McLaren 570S GT4 before switching to Mercedes-built cars the following year. Pattrick and endurance star Andy Meyrick went on to contest the 2018 GT4 European Series finishing on a season-high at Spa-Francorchamps. Both British drivers have recently completed their 2019 campaign in the GT4 European Series with remarkable results in the Pro-Am Cup. Bullitt Racing #66 sister car of Alex Lambertz and Romain Monti achieved two overall wins at Misano and Nürburgring.

Diogo Ferrão, CEO of Race Ready, explains that “I would like to extend a very warm welcome to Bullitt Racing. It’s a pleasure to have high-profile teams joining our series and Bullitt Racing clearly strengthens our field for Portimao and Estoril. We are expecting hard-fought races on Portuguese soil and no doubt Bullitt Racing will be in contention for top honors.”

The series promoted by Race Ready in partnership with SRO Motorsports Group kicked off at Nogaro, in the Coupe de Pâques, followed by both Spanish rounds taking place at Jarama and Barcelona circuits. The next round will be held at the Autódromo Internacional do Algarve, on October 25-27, with the championship coming to an end later in the year with its season finale at Circuito do Estoril.