The Audi R8 LMS GT4 will make its Macau Grand Prix debut in the hands of Audi Sport R8 LMS Cup driver Alex Au and Grid Motorsport. The entry ensures that three Audi Sport customer racing products, the Audi R8 LMS GT3, R8 LMS GT4 and the RS 3 LMS, will be fielded together at the world-renowned Asian showpiece for the very first time this November. 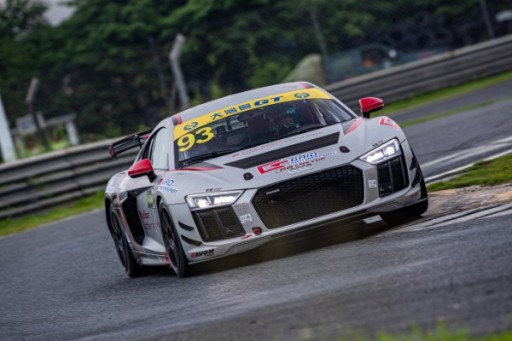 At least one of each of those models will be fielded by an Asian customer. Au’s entry joins the previously-announced Audi R8 LMS GT3 entry of Chen Weian with Audi Sport Asia Team TSRT in the FIA GT World Cup, plus two Audi RS 3 LMS fielded in the Macau Touring Car Cup. One of these is for recently-crowned Circuit Hero One champion Filipe Souza of Champ x TA Motorsport and the other for Ng Kin Veng of SLM Racing Team.

The four-strong Asian contingent joins eight entries from Audi Sport and its customers in Europe. The full line-up of 12 Audi Sport race cars is one of the German marque’s strongest – and broadest – ever at the event, where Frank Biela took the four rings to its first victory in 1996 with the Audi A4 quattro in the Guia Race.

Au and Grid Motorsport’s entry of the Audi R8 LMS GT4 has caught the eye ahead of the four-day event at the Guia Circuit. The Greater Bay Area Cup’s new GT4 format has attracted entries from seven different marques for the 12-lap race this year, and competition is expected to be fierce. Au, second in the Audi Sport R8 LMS Cup standings ahead of the 2019 season finale a week after the Macau Grand Prix, earned his place on the grid by virtue of his strong performance in the qualifying races held earlier this year at the Guangdong International Circuit.

Audi is the most successful marque in the 11-year history of the Macau GT Cup, which has been designated the official FIA GT World Cup since 2015. As announced earlier, Audi Sport Team WRT, winner of the race with Laurens Vanthoor in 2016, this year enters with Laurens’ younger brother Dries, winner of the Suzuka Intercontinental GT Challenge round in August this year. Charles Weerts, a winner with the team in the Blancpain GT World Challenge Europe in 2019, races under the Team WRT banner.

Christopher Haase is back with the Phoenix Racing squad with which he won the Nürburgring 24 Hours in 2012 and 2014, while South African Kelvin van der Linde, an Audi Sport driver like Vanthoor and Haase, races for Audi Sport Team Rutronik. Audi Sport R8 LMS Cup Am+ champion in 2017, China’s Chen Weian continues his rapid career ascent and makes his FIA GT World Cup debut with Audi Sport Asia Team TSRT.

In the Macau Guia Race – FIA WTCR, winner of the opening race at Macau last year Jean-Karl Vernay returns with Leopard Racing Team Audi Sport where he is partnered by three-time British Touring Car champion Gordon Shedden. Race two winner Frédéric Vervisch, meanwhile, is partnered at Comtoyou Team Audi Sport by Dutch driver Niels Langeveld. The drivers and teams will be looking for a repeat of last season’s heroics, where the Audi RS 3 LMS was taken to two race wins out of three on the city streets of Macau.