Following the announcement that the inaugural Hankook 12H MONZA has been re-scheduled, and will now take place on 10-11 July, CREVENTIC is very pleased to welcome the Circuito Estoril to the 24H SERIES calendar for 2020. 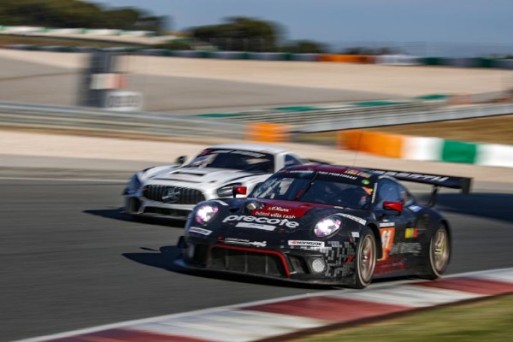 As communicated this Thursday, the inaugural Hankook 12H ESTORIL will now host the first European round of the 2020 24H SERIES powered by Hankook season on 26-27-28 March. In doing so, the 4.182km Circuito Estoril becomes the 18th different venue to host an official CREVENTIC event since the 24H SERIES’ first endurance race back in 2006.

“We’re very pleased that our 24H SERIES Europe season opener is back on-track, and we’re particularly excited to be visiting Estoril for the first time,” explains CREVENTIC’s Ole Dörlemann. “This is a venue with a very impressive heritage, and one we’ve had in-mind for quite a while now as a potential host for a 24H SERIES event. Even though the debut arrived slightly earlier than we anticipated, we’ve every confidence that the first Hankook 12H ESTORIL will be a talking point for years to come.”

Though most famous for hosting the Formula 1 Portuguese Grand Prix between 1984 and 1996, the Circuit do Estoril, opened in 1972, was on the international motorsport as early as 1975. The opening round of that year’s European Formula Two Championship, a race won in commanding fashion by eventual ’75 champion Jacques Laffite, was the first of a three-year run on the European Formula Two calendar before a one-off switch to the World Sportscar Championship in 1977. Plentiful times were ahead, and after receiving major renovations in the early 1980s, the 4.350km circuit, built just 30km from Lisbon, hosted the first of what would be 13 consecutive Formula 1 Portuguese Grand Prix in 1984. A memorable debut it proved too, Niki Lauda beating McLaren teammate Alain Prost to the ’84 drivers’ crown by just half a point.

Though off the F1 calendar since the end of 1996, the Circuito Estoril has since hosted series as disparate as the FIA GT Championship, the DTM, and

the former ‘World Cup of Motorsport’, A1GP, with the 24H SERIES joining the ranks in 2020.

In re-scheduling the Hankook 12H MONZA, a mutual decision by both CREVENTIC and the Autodromo Nazionale di Monza management team owing to the current situation in Italy, this does unfortunately mean that the scheduled Hankook 9H CIRCUIT PAUL RICARD will no longer take place on 10 July. While we are sorry to lose Circuit Paul Ricard from this year’s schedule, CREVENTIC would like to thank the management team for their support and assistance during this transition period.

“Circuit Paul Ricard hosted its first 24H SERIES event back in 2015, and it is a shame an alternative arrangement couldn’t be made,” Ole Dörlemann continues. “We’re very grateful though that the management team has been as helpful and understanding as they have been at this time. I’m sure we’ll see Circuit Paul Ricard back on the 24H SERIES calendar at some point down the road.”

The revised schedule means that the Hankook 12H ESTORIL will open the 2020 24H SERIES Europe on 26-27-28 March. About five weeks later on 1-2-3 May, as previously confirmed, CREVENTIC and its competitors head to the Circuit de Spa-Francorchamps in Belgium for an exciting double header of endurance racing action, as the second ever TCR SPA 500, an endurance race dedicated exclusively to touring cars, shares the bill with the annual Hankook 12H SPA.

On 12-13-14 June, the Autódromo Internacional do Algarve in Portugal hosts its fourth consecutive CREVENTIC endurance event. As well as being the third round of the 24H SERIES Europe, the Hankook 24H PORTIMAO will also count towards the 24H SERIES Continents, and together with the Hankook 24H BARCELONA, scheduled for 4-5-6 September, make-up the European leg of CREVENTIC’s trans-Atlantic championship hunt.

The rescheduled Hankook 12H MONZA, which will now take place on 10-11 July, takes place in Italy between the Portuguese and Spanish rounds, and is the last CREVENTIC race before the series’ traditional summer break in August.

The Autodromo Internazionale Enzo e Dino Ferrari returns to the 24H SERIES calendar in 2020, and the Hankook 12H IMOLA will close out the European season on 9-10 October. Finally, the Circuit of the Americas in Austin, Texas, rounds out the 24H SERIES powered by Hankook 2020 season on 13-14-15 November, drawing the curtain on the 2020 24H SERIES Continents in the process.

In brief, the revised 2020 24H SERIES calendar reads as follows:

Circuit of the Americas, Austin, Texas