Oregon Team doubles at Misano, in the first out of five Lamborghini Super Trofeo Europe rounds, celebrating two podium finishes in the Pro-Am category with Damiano Fioravanti and Lorenzo Bontempelli pair, who claimed the third position in the Saturday’s night race and today in Race 2. 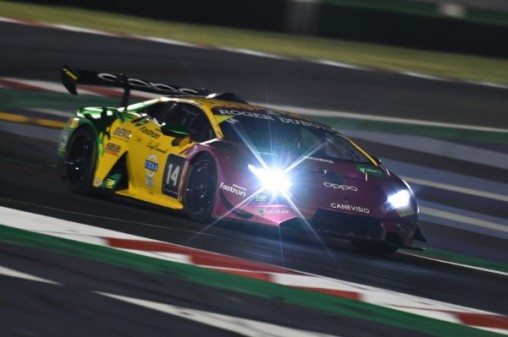 The Italian squad, making this weekend its debut in the Sant’Agata Bolognese one-make series, ended in a respectable result despite some unexpected events.

Starting from the 17th position of the grid in the Sunday’s second race, Bontempelli recovered well. Eventually his team-mate Fioravanti was able to enter the top-10 overall, with a sprint-finish behind multiple champion Loris Spinelli and in front of the Huracán Super Trofeo Evo of Finnish duo Eskelinen-Niskanen.

A bit disappointing finale for Dorian Boccolacci and Kevin Gilardoni, who finished close to the Pro podium in Race 1 taking a P4 and the fifth overall. In Race 2 Gilardoni recovered a couple of positions, moving up ninth and seventh of the class. The Italian-Swiss handed over the car to the Frenchman, who was immediately slowed by a power loss that prevented him to finish in the top spot of the charts.

Anyhow Oregon Team started well, looking forward a very long season. The next round will be held at Nürburgring, Germany, in less than one month on 5th/6th September.