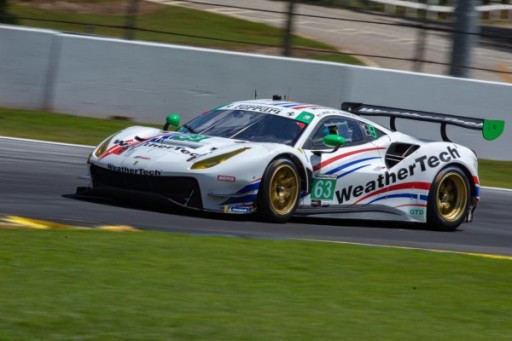 The team has had a tough start to the weekend. The Scuderia Corsa crew had some tuning issues on the WeatherTech Racing Ferrari that limited their practice time in both sessions today limiting the lap count for each driver. Jeff Westphal had the wheel for the 15-minute qualifying session this evening. The Californian managed to post a lap of 1:20.606 good for a fourth row starting position for tomorrow’s six-hour race.

“We had some issues tuning the new engine this morning and that trailed into the afternoon practice as well,” MacNeil said. “It would have been nice to get more laps between the three of us, but we are where we are right now. It is good that the race is six-hours long so we can adjust on the car if we have to early on in the race to set ourselves up for the end. Jeff did as good as we could expect in qualifying. We will see what the day brings tomorrow.”