TOCKWORTH MOTORSPORTS RETURNS TO THE GT4 SOUTH EUROPEAN SERIES IN 2020

Tockwith Motorsports will be on the starting list of the full season of the 2020 GT4 South European. One car is confirmed while the second car is missing one driver. 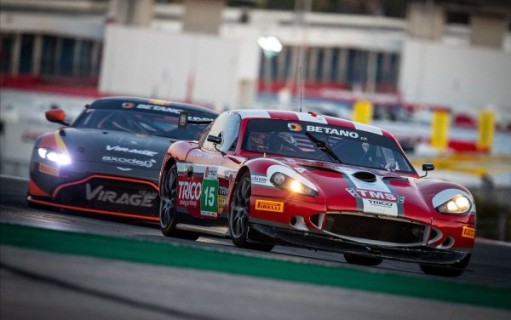 Last year’s winner squad Tockwith Motorsport is ready to return to GT4 South in 2020 with their Ginetta G50 GT4, shared by Aubrey Hall and Jemma Moore, in the GTC Cup category. The GTC Cup is a category for homologated GT4 over 8 years old, such as the G50, Aston Martin Vantage, Maserati Grand Turismo or the Porsche 911 GT4.

Tockwith is expecting to enter a second Ginetta G50 GT4 – for Jemma Moore – but it won’t be confirmed until they find a second driver.

After a fantastic first season, it will be interesting to see if the British Team, whose second headquarters are in Spain, can repeat its 2019 strong performance.

Simon Moore, Team Principal of Tockwith Motorsports, said “last year was a good year for us in the Championship, winning the GTC Class and having some excellent fights with other Spanish G50 throught the year. We are happy to come back to GT4 South, building on the last year’s experience, fighting for more wins and overall result.”

Diogo Ferrão, Race Ready’s CEO, added “Tockwith Motorsports has been with us since the very beginning and they are a remarkable presence in the paddock. Their Le Mans experience and strong knowledge with the Ginetta G50 make them a fantastic team and a strong opponent. I want to thank Tockwith for the confidence they put in us and hope they find a driver for his last seat on the second car.”

The series, promoted by Race Ready, will be almost a winter series, starting in Jerez de La Frontera on October 17-18, followed by the round at Jarama Circuit, on 31st October and 1st of November. Then the championship moves to Portugal at Autódromo do Estoril on December 5-6 and the last weekend will be hosted by Autódromo Internacional do Algarve, on the 23rd and 24th of January, 2021, with GT Winter Series.