Alex Frassineti (Audi R8 LMS) and Mirko Venturi (Ferrari 458 Italia) will start the two races of the 3rd round of the Italian GT Championship scheduled for tomorrow from the pole position. 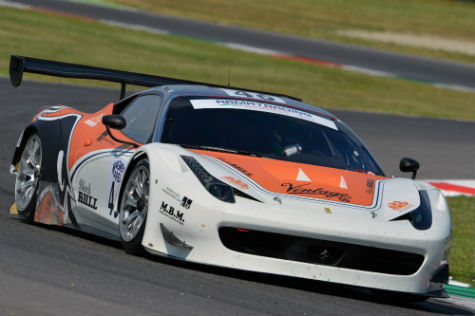 In the first qualifying session the driver of Audi Sport Italia set the quickest time in 1’49.938 and will have on his side the reigning champion Stefano Colombo (BMW Z4-ROAL Motorsport) who set the second time in 1’50.165.

Engine problems for Sonvico-Capello (Audi R8 LMS-Audi Sport Italia), as the pairing was slowed down in both sessions while Antonio Spavone and Isaac Tutumlu did not make it to the track in both sessions due to an engine failure in free practice, the engine unit was later on replaced though and the two Autorlando’s color bearers will be regularly at the start tomorrow.