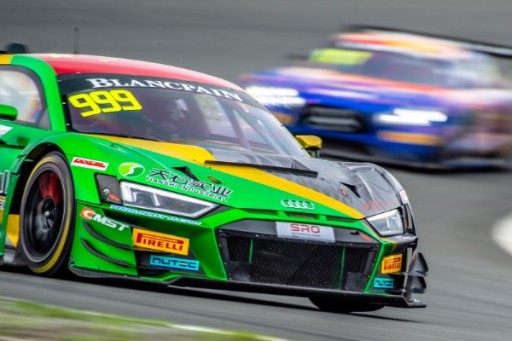 The 24-year-old Hong Kong native has made several race-by-race appearances, all of them in R8 LMS GT3s, since missing out on the series’ inaugural overall title by just three points. He subsequently competed in Japan, first as part of Super Taikyu and then last year in Super GT’s GT300 class with X Works, which is now collaborating with TSRT alongside its own two-car GT World Challenge Asia entry.

Thong’s new co-driver, Chen, returns for a second year in Asia’s biggest GT championship after impressing with TSRT throughout 2019. The Chinese driver’s overall podium at Buriram kickstarted an unbroken run of nine points-scoring results that helped him finish 10th overall and sixth in the Silver Cup standings.

The Hong Kong/Chinese duo are eligible for the same overall and class honours this year, as well as the series’ new Asia Cup classification.

“Chen Weian and Shaun Thong are both highly talented Chinese drivers. They have already taken great strides in their development with the four rings,” said Director of Audi Sport customer racing Asia, Martin Kuehl. “Together with TSRT, one of China’s leading customer outfits, they will be a force to be reckoned with over the season.”

TSRT, or Tianshi Racing Team, embarks on its second GT World Challenge Asia campaign as an official Audi Sport Asia outfit this year. The team previously won a number of championships in its native China but has also achieved success in the Asian Le Mans Series and Audi Sport R8 LMS Cup. An FIA GT World Cup debut at Macau, also with Chen, capped TSRT’s biggest year yet at the end of last season.

TSRT’s confirmation brings the total number of Audi GT3 entries to four, while an additional R8 LMS will also contest the GT4 class.