After long negotiations, Race Ready is happy to present the new calendar for this unusual 2020 season of the GT4 South European. Below you can see we put much effort into getting new dates for our GT4 South. Diogo Ferrão, CEO of Race Ready, said “our effort was due to not clash with most GT4 championships, allowing teams and drivers to fulfil the desire to race to drive multiple championships”. 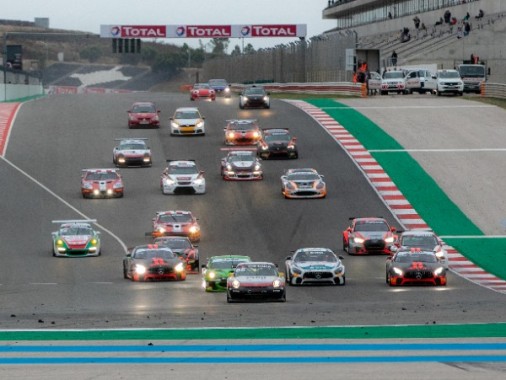 As can be seen in the calendar, the first two GT4 South European events: Jarama and Algarve. have changed. Jarama was pushed to 31 of October/1st November and still takes place with the CRT Madrid Championship and the Iberian TCR. Due to Algarve’s great weather, that round could be pushed further to 23/24 January 2021, seizing the opportunity that FPAK (Portuguese Federation for Motorsports) is giving 2020 championships to finish in 2021, given the COVID-19 pandemic. In the Algarve, the GT4 South will race with the German GT Winter Series. Jerez de La Frontera remains on 17th and 18th of October with the Andaluz Championship, and on 05th and 06th of December, the GT4 will welcome the drivers from the Iberian TCR at the Estoril Circuit.

A new cost control program was also announced with the new calendar, starting with the new tire supplier. Hankook will be the official supplier for 2020, offering endurance tyres for each weekend 3 races.
The organization also did its part, with the entries reducing their value by 70% compared to 2019, as well as guaranteeing events of 3 races in 2 days. Diogo Ferrão summed up that “I will not say that GT racing is “economical”, but I think we found a formula for budgets to be reduced by 30%, with the advantages that racing GT have a totally different fascination and visibility, also serving as a launch window for the European GT championships. ”

The head of the successful Iberian Historic Racing championships, that now organises the GT4 South explained that “with this schedule, our goal is having invited grids in each event, guaranteeing big starting grids, so teams and drivers coming expect exciting races and strong grids at all the rounds”.